Home Uncategorized Despite a bus crushing her leg and 18 subsequent surgeries, Amy Jordan...

Amy Jordan started ballet class at age 5. A very athletic child, she loved performing and, influenced by Baryshnikov, she underwent classical training. Amy also loved musical theater to the point where she would put on her own version of the Broadway mega-hit A Chorus Line for family and friends. The number “The Music and the Mirror” was her particular favorite. 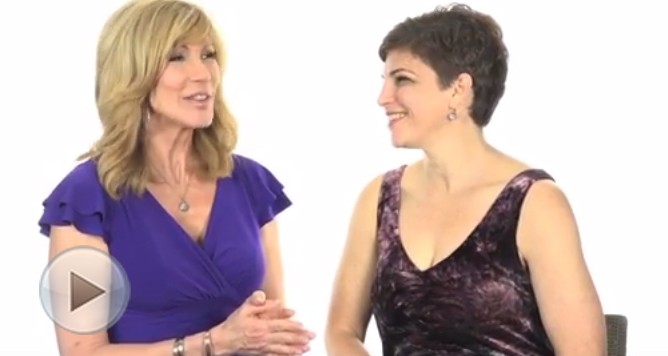 Amy acquired great technique as well as respect for the art and learning of a craft. The strict discipline she gained from her ballet masters carried over into every aspect of her life well into adulthood. 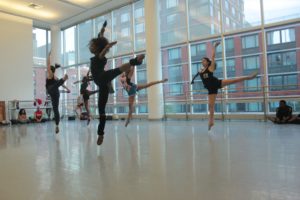 One big reason she felt she needed to dance was to escape the fear around being diagnosed with juvenile diabetes at a young age. It wasn’t discussed much at home, but it was clear Amy was “different.” She’d heard stories of people going blind or having kidney failure, and she lived in constant fear.

Amy picks up her story from here:

“I wanted to fit in; to be ‘normal,’ dance class gave me this opportunity. I could escape into my own fantasy world. Studying dance with diabetes was rough. I also, as so many dancers do, had a severe eating disorder for which I was later hospitalized. I was always afraid I would pass out in class. The technology and lifestyle information on living with diabetes was not advanced in those days. My parents would always have to be at class in case I needed sugar. I felt trapped.

“On the flip side, the regular exercise was great for my health. I also did outside exercising to stay in shape. 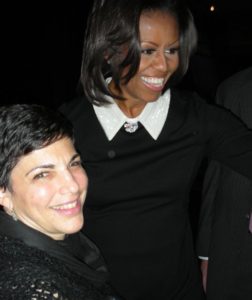 “My eating disorder started young. My goal all through school was to weigh 88 pounds. I exercised compulsively, cut calories to 800 per day, binged, purged, took in high doses of laxatives, diet pills and speed.

“It is a miracle I am alive. My peak weight was 172 pounds. No matter what my weight, I was ashamed of my body and my life. I think my eating disorder was my painful reaction to having diabetes. I wanted someone to know I was suffering. I could also hide behind my addictions. I secretly had no belief in my own talent or ability.

“I am happy to say I no longer practice these behaviors. I do still have that ‘I have to lose five pounds’ voice, but now I laugh at that voice and appreciate my healthy body. I eat well and exercise to stay strong. I think I am healthier today, after 43-plus years of diabetes, than I have ever been in my life.

“My visual complications began when I was just 20. It was also at this time that I entered treatment for eating disorder and substance abuse.

“While technology had advanced it was not as advanced as today. After 40 eye surgeries, I had lost all vision in my left eye. What was most difficult was that I knew deep down I had done this to myself with my eating disorder, my addictive behavior, and by not honoring or respecting my life and not respecting or nurturing my body. I had to pay attention and make changes or I was going to die.”

While in Los Angeles in the late 1980s, with the world of commercial dance changing with the onset of MTV, it occurred to Amy that she would have to learn hip-hop. Also, she studied with as many different teachers and choreographers as possible, learning various styles of dance and ways of working as a dancer both in class and in performance. She did all this while managing her physiological struggles.

“I had to stop driving. I was still living in Los Angeles, so this was very isolating. It also made a professional dance career nearly impossible. I now had a depth-perception problem and did not see well in the dark. For these reasons, I stopped performing.

“I became a youth diabetes advocate. I founded my own nonprofit diabetes and obesity prevention program for kids—the SWEET ENUFF Movement. SWEET ENUFF was a way for me to transform my personal crises into support for others. I wanted to provide a platform where youth with diabetes were supported and given tools to manage their disease and feel great about themselves. 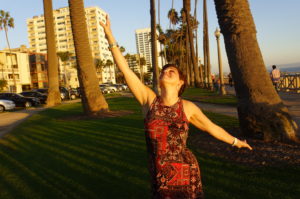 “I used my training as a dancer to create programs that were educational and fun and built community around living with diabetes. It was all positive and kids with diabetes could invite their friends and peers to programs they’d created that were cool and engaging. I used my contacts from the professional dance world to teach and mentor young people. We put fun into life with diabetes in hopes to lessen the fear and stigma I experienced, and to encourage kids to honor their lives and take care of their bodies from a young age.

“I returned to New York City in 2002 to continue my work with The SWEET ENUFF Movement. I had also begun choreographing and directing New York City-based dance projects and performances.”

After a handful of years sinking roots and expressing her creativity professionally and altruistically, another powerful event dramatically altered her world. Amy continues:

“On May 1, 2009, I was hit and run over by a New York City bus while crossing at Manhattan crosswalk. My right leg was completely crushed and nearly severed. While pinned under the tire of that 15-ton bus, I had no feeling in my right side. I had the thought that I would never dance again.

“For some reason, in that moment the words victory dance came into my mind.

“I underwent eighteen surgeries; doctors literally had to rebuild my right leg. I battled severe bacterial infection and cardiac trauma, and I had to learn to walk all over again. 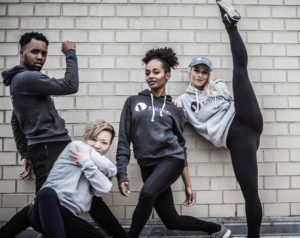 “The rehabilitation was grueling, especially at first. I continue therapy to this day. My nine-surgeon team and my physical therapists all agree that my being in great shape and having the mental ability to endure such trauma was what got me through—it was a testament to my being a dancer! My rehabilitation has been deemed ‘miraculous.’

“It has now been more than seven years, and my path to recovery continues to be a daily struggle. I have learned patience and that I must take meticulous care of my precious body.

“In response to the vow I made while pinned under the bus, I created The Victory Dance Project, a professional dance company on a mission ‘To Make the Impossible Possible with the Power of Movement’. And my personal goal is to encourage everyone around the world to ‘Dance Because You Can’. This is truly my mission as an Artist for Peace. I am determined to inspire and encourage people around the world to overcome any challenge and know that the impossible can be made possible in their lives as well.”

The virtually unclassifiable Victory Dance Project—an amalgam of almost every style of dance, representing a diverse spectrum of ideas—premiered in May 2014 to a sold out, standing-room-only crowd at the auspicious Alvin Ailey Center for Dance in New York City. According to Amy:

“I am a storyteller. It is important to me that the work from the stage profoundly impacts the hearts and minds of the audience and dancers alike.

“The power of dance and art is the ability to stay with people, instill lasting transformation.

“I am humbled and honored to have some of the best dancers in the world that make The Victory Dance Project Company what is today.”

On June 3, 2015, the Victory Dance Project presented its own First Annual Artist for Peace Award—with the purpose of honoring someone whose legacy has transcended boundaries and had a global humanitarian impact through artistic excellence and achievement—to legendary dance icon Ms. Renee Robinson.

As Amy tells it:

“It is our responsibility as artists to create hope and inspire the hearts and minds of the people around the globe to create change in their personal lives, communities and the world. I hope my experience of turning tragedy into triumph continues to create a global positive impact. It is my personal mission to say that any situation can be transformed and that yes, ‘The Impossible is Possible with the Power of Movement.’”