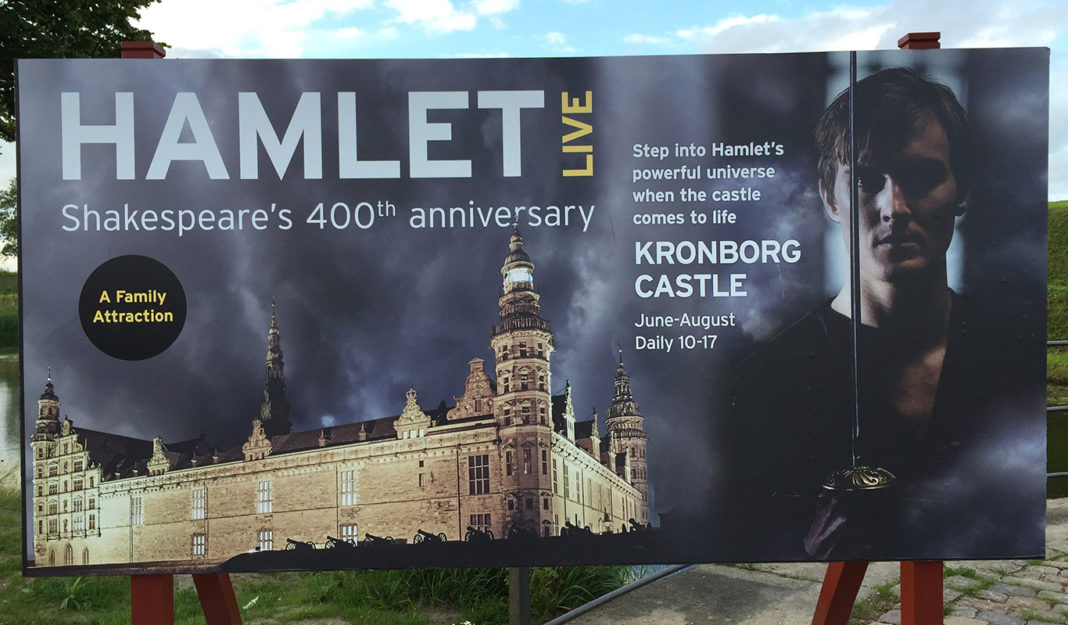 Helsingør, Denmark – Although its history predates Shakespeare’s account of the tragic Danish prince, Kronborg Castle and its ancient interiors could well be imagined as the site of Hamlet’s rise and downfall. Helsingør (anglicized as “Elsinore”) is the setting of Hamlet, and the castle, designated a World Heritage Site by UNESCO — the United Nations Educational, Scientific and Cultural Organization — has been the site of an annual production of this signature work in Shakespeare’s canon. 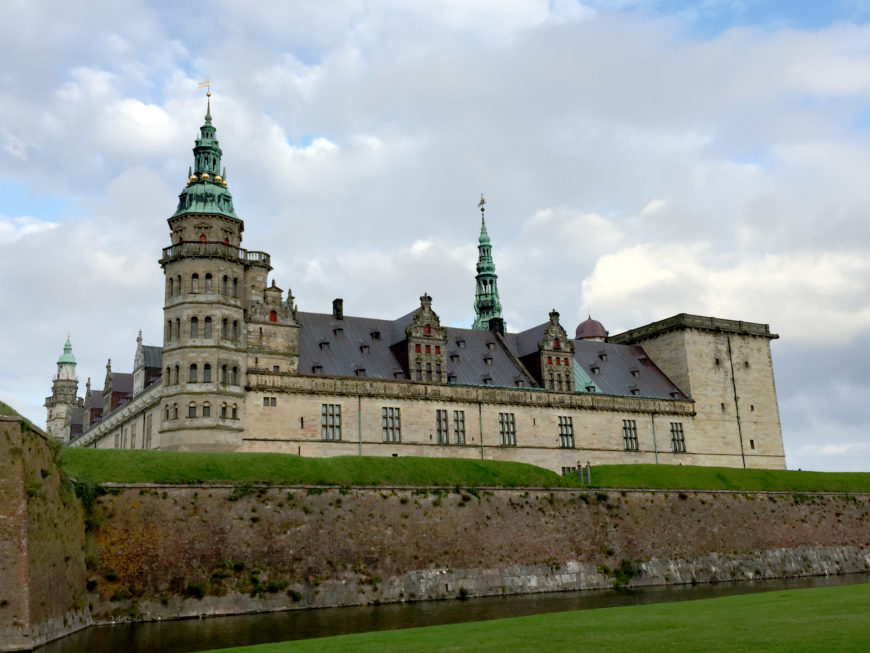 The tradition began in 1816 to commemorate the 200th anniversary of Shakespeare’s passing, with a cast consisting of soldiers from the castle garrison, and the play has been performed here every year since, with notable Hamlets including such acting luminaries as Laurence Olivier, John Gielgud, Christopher Plummer, Derek Jacobi, and Jude Law.

Every summer, Danish and international companies, including the Royal Shakespeare Company, present live performances of Shakespeare’s masterwork in this unique setting.

This year, the 400th anniversary of the Bard’s death, Hamlet Live is being performed from June 1 through August 31. Rather than a straight rendering of the play, this is an interactive experience, with audience members following various characters around, various iconic scenes being performed all over the castle’s various halls and darkened passageways. The spectators are more like “eyewitnesses” to the events of the tale being played out in close proximity to them.

In 2000, Kronborg Castle became a UNESCO World Heritage Site. As UNESCO Director-General Bokova said the following January: “[World Heritage] is . . . a source of energy that is endlessly renewable. It is a foundation of wisdom and knowledge upon which to build a better future . . . It is a dream of humanity united in its great diversity.”

Kronborg Castle has existed at Helsingør since 1420, during the reign of the Danish king, Eric of Pomerania. King Eric extracted a fee payment — “Sound dues” — from ships wishing to pass through the strait on the way to or from the Baltic Sea. To help enforce his payment demands, he built a powerful fortress at the narrowest point in the strait. At the time, the Kingdom of Denmark extended across both sides of the waterway, and Helsingborg Castle had been in existence on the opposite, eastern shore since the Middle Ages. With the two castles and a fleet of guard ships, it was possible to control all navigation through the strait. 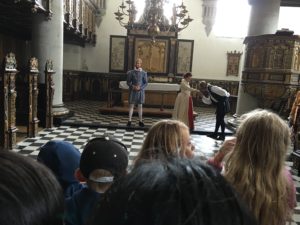 Kronborg Castle, a Renaissance structure with four wings surrounding a spacious courtyard, and towers and spires, is extensively and richly decorated with sandstone ornaments in unique and imaginative designs. The magnificent-for-its-time-period Great (banquet) Hall is one of the largest of its kind in Northern Europe.

The Hamlet experience, and the long tradition of Hamlet being performed in this history-rich World Heritage Site, is a living testament to the power of the arts in bringing the people together in a meaningful way. And, exploring the creepy crypts and catacombs of Kronborg Castle is a great experience at any time. Deep down under the castle, you’ll meet the imposing stone statue of Holger the Dane (Holger Dansk). According to an Arthurian legend, Holger the Dane was taken to Avalon by Morgan le Fay. He returned to rescue France from danger, and then he journeyed back to hibernation at Kronborg Castle, sleeping there until needed to defend his homeland. 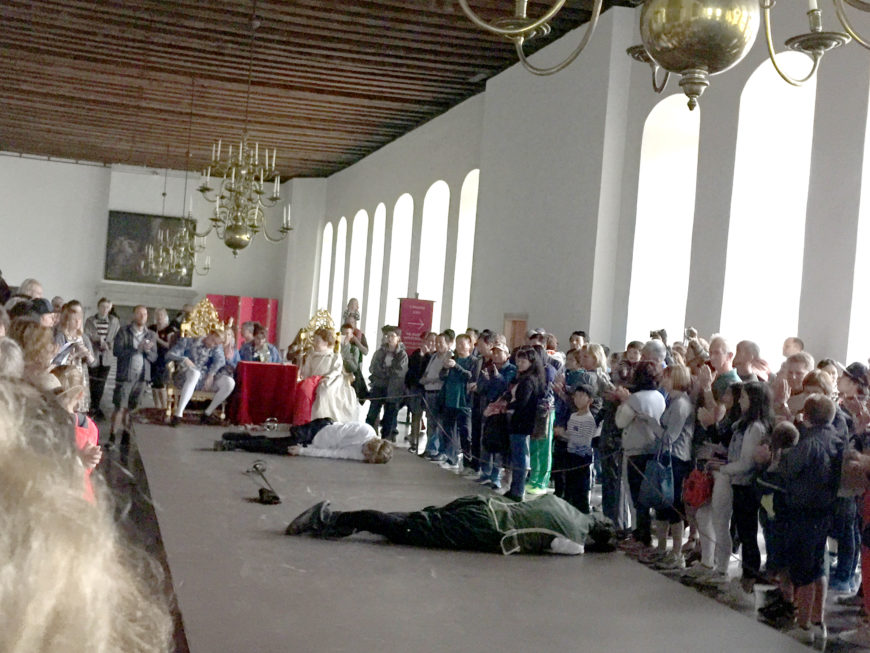 Culture most often seems to extend beyond the walls of the many World Heritage Sites. They are frequently the source of great prosperity for the surrounding communities, who extend the art of hospitality. After a recent, enriching encounter at Kronborg Castle, ICAP correspondents experienced some outstanding culinary art at the local Bistro La Mer. The bistro offered exquisite entrées such as grain-fed rib-eye steak, and chicken breast with rosemary and lemon, with side dishes of chili/garlic spinach sauté, and tomato gratin with Gruyere cheese, shallots, garlic and tarragon.