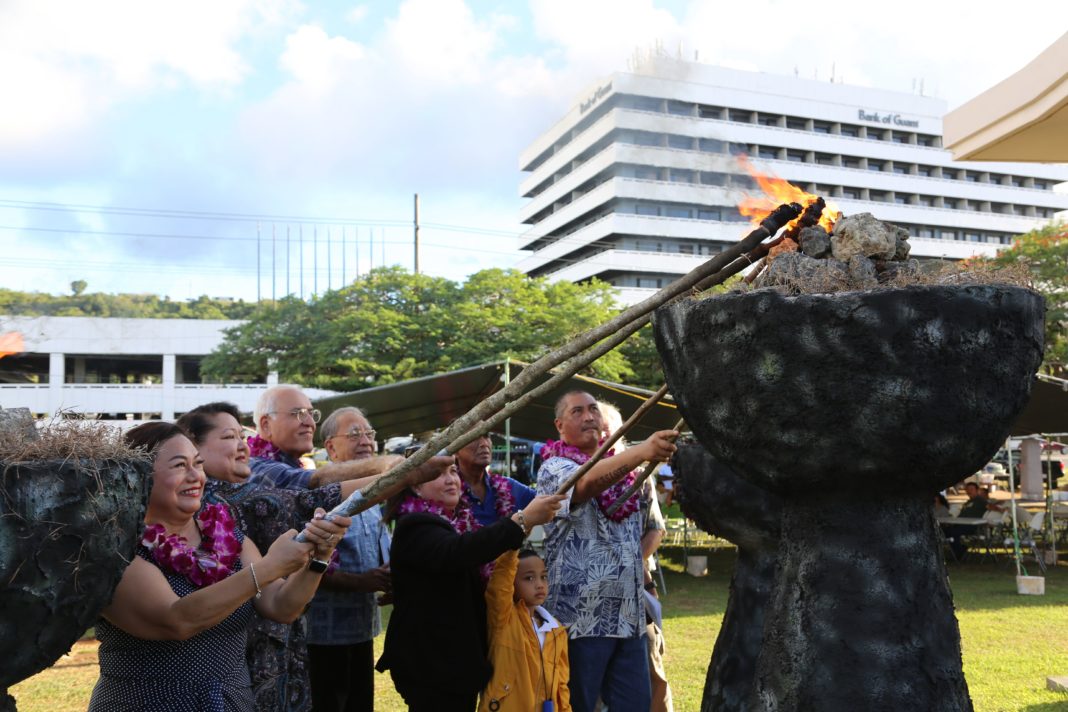 The Guam Municipality of Tamuning-Tumon-Harmon (“Ta-Tu-Ha”) continued its tradition of promoting peace, friendship, diversity, and cultural exchange – by hosting its Eighth Annual Latte Peace Festival at the Tamuning Mayor’s Office Park on January 20-21, 2020. 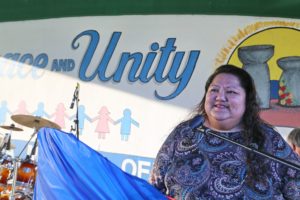 “Latte” is the name that the Chomorro (persons indigenous to the Mariana Islands) use for the carved limestone pillar that was used, historically, as a key element in ancient building-support as well for the creation of monoliths to honor their ancient ancestors.

During the opening ceremony Mayor Louise Rivera welcomed attendees to the festival and warmly expressed her thanks to the Festival’s sponsors, the Mayor’s Office Staff and volunteers, Vendors, and Entertainers for their support of the event. 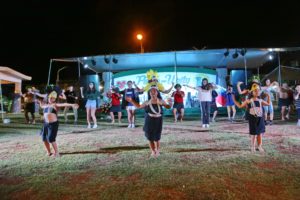 After the Presentation of Wreath, came the ceremonial “Lighting of the Lattes”.  Installed in the Tamuning-Tumon-Harmon Mayor’s park are three, large Latte stone replicas that also serve as torches.  The two outer Latte stones were already alight as the Mayor joined with Lt. Governor and a small group of participant-sponsors to bring the two outer flames together to light the center flame signifying the Festival’s purpose of unifying all in an observance of peace.

The completion of the opening ceremonies was celebrated by all with the song “Let There Be Peace on Earth” sung by Mr. Ray Miranda and the Catholic Daughters of the Americas marking the beginning of two days of diverse, cultural celebrations expressed by many groups through music, dance, food, art, and conviviality. 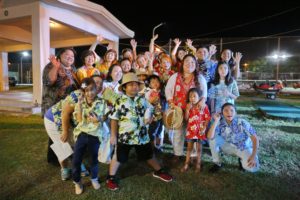 This year the people signed up for “Decorating of the Latte Stone Contests.” The judges announced the winners for prizes Sunday evening.

Mayor Rivera said, “The Festival signifies the strength and unity of our community. Latte is the strength and our foundation as a culture that we Guamanians have. We are such a diverse group that we want to come together to have a peaceful community.”