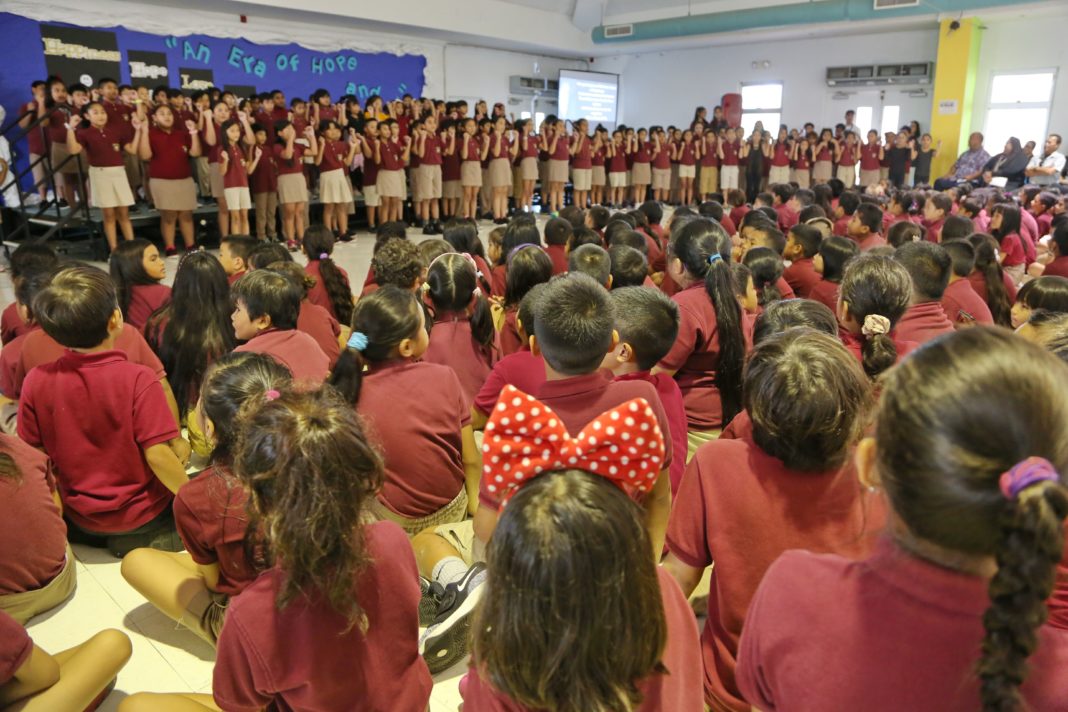 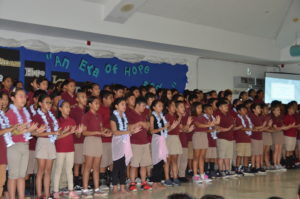 The event served as the culminating activity to all the lessons the students have been learning regarding the topic of peace. They have been hearing and studying about influential teachers such as Martin Luther King Jr., Mahatma Gandhi to name a few. In addition to these well-known names, this festival aligned with their school-wide behavior expectations, also referred to as PBIS. When the students are constantly hearing and learning about the importance of peace, it became a part of them. They realized the significance of respecting others and being safe to promote a positive school climate. With that said, they could get their program started. 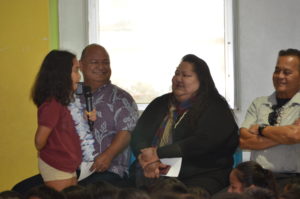 This year’s theme is “An Era of Hope and Respect.” All performers along with their teachers have worked hard to prepare for the presentation.

First up, second grade expressed through the song, “Go Light Your World” that at times we could be the light to help those who remain in the dark. 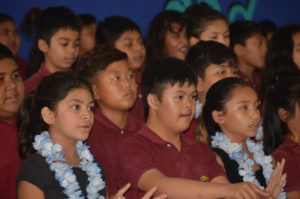 Next, they had third grade who encouraged the audience through the song, “Give a Little Love” to give love and hope, because even the smallest amount of the two could help make our world a little better.

Then they had fourth grade through the song, “Heal the World” who would spread the message of healing the world by finding love in our hearts.

Then a short video that depicts some of the things students have worked on in order to get to this day. 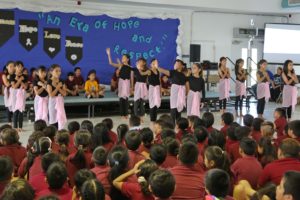 Lastly fifth grade performing the song, “Waiting on the World to Change” reminded the audience that in order to impact this world in which we live, there is a need for positive change.

And finally some of the selected students showcased two songs: the first one titled “One Day” by Matisyahu and the second titled, “You Say” by Lauren Daigle. They inspired the audience to have faith in ourselves and humanity. 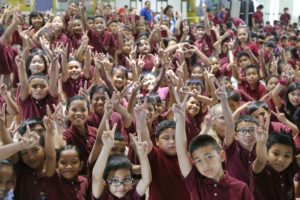 Before they left, the audience gave the awesome peacemakers big round of applause. The ceremony ended with a quote from a philosopher and peacemaker. It goes, “A person, who no matter how desperate the situation, gives others hope, is a true leader.” The MC said, “So when leaving this cafeteria, go out and be a leader. Spread hope and respect. Thank you for taking part in our festival.”