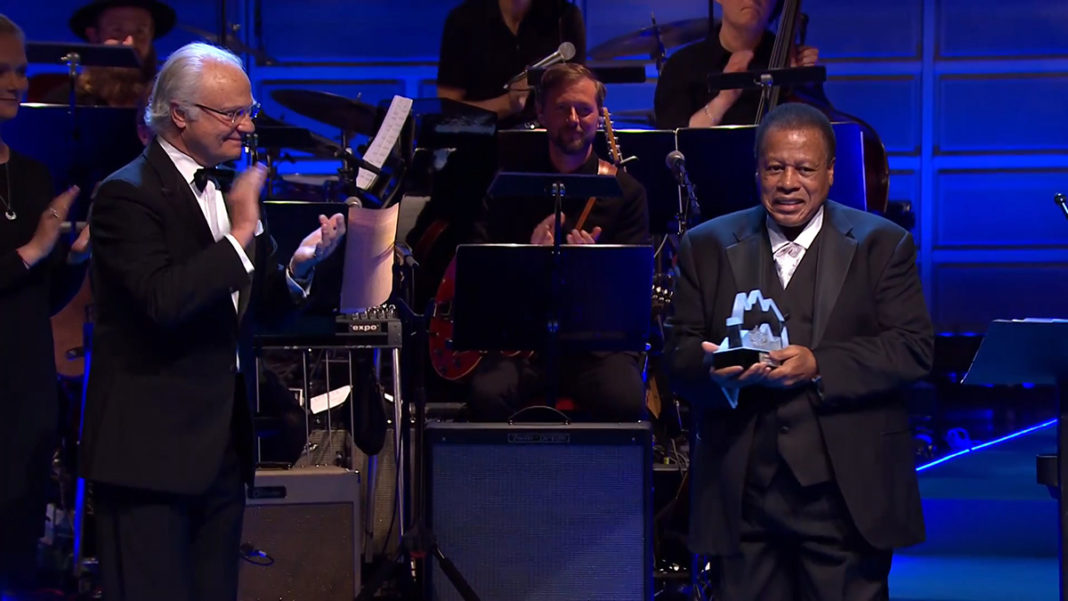 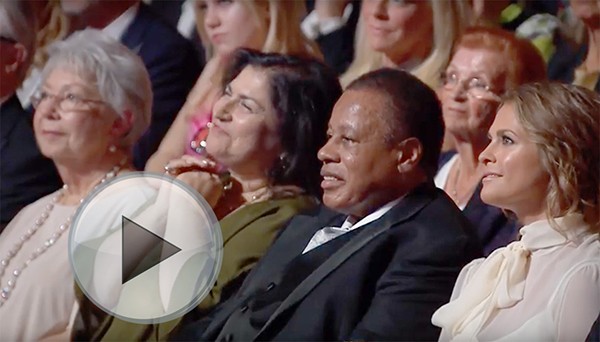 Wayne Shorter, the globally revered saxophonist, composer and ICAP co-president received the 2017 Polar Music Prize from His Majesty King Carl XVI Gustaf of Sweden at a gala ceremony at the Stockholm Concert Hall on June 15th. 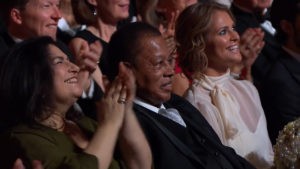 The Polar Music Prize which has been called the “Nobel Prize of Music” is a Swedish international award founded in 1989 by Stig Anderson, best known as the manager of the Swedish band ABBA, with a donation to the Royal Swedish Academy of Music. Without any restrictions or nationality, the prize is to be “awarded for significant achievements in music and/or music activity, or for achievements which are found to be of great potential importance for music or musical activity, and it shall be referable to all fields within or closely connected with music”. 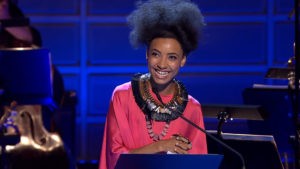 “Your Majesty, Your Royal Highnesses, Excellencies, ladies and gentlemen! This is such a great privilege and a joy to be here celebrating Wayne. We call him Wayne. Earlier this week we were speaking about gravity as a fundamental force in the universe and dark matter, another mysterious force that apparently works in opposition of gravity.

So if there wasn’t dark matter, nothing in this whole universe be possible if it weren’t for that mysterious void, a phenomenon that we don’t fully understand nothing we know could exist.

And I propose there might be a third fundamental element called light matter and I think perhaps light matter is the creative force that emerges from all that’s known and reaches towards the unknown binding them together and I feel like Wayne, you are the agent of light matter in this world.” completed Esperanza’s prolific introduction. 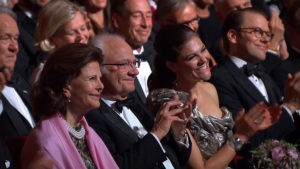 “And this is all about Wayne, but I would like to be a personal witness to the phenomenon of Wayne’s life — expanding hearts, mind, families, communities, genres, musicians. This human being before us and lives with us this evening is such a phenomenally special being, agent of light matter, agent of change and expansion and it’s such a privilege to introduce you Wayne Shorter.”

Esperanza continued with the “official” portion of her introduction, “The 2017 Polar Music Prize is awarded to musician and composer Wayne Shorter from Newark New Jersey. For Wayne Shorter, music is a means of learning more about all aspects of life and the universe. He has himself aptly described his work as “drilling for wisdom”. With his soprano and tenor saxophones he is an explorer. Over the course of an extraordinary career, he has constantly sought out untraveled paths.

Wayne Shorter has worked in epoch-making groups such as Art Blakey’s Jazz Messengers, Miles Davis’s Second Great Quintet and Weather Report. He has played on many key albums with Joni Mitchell. As a solo artist he has been making albums for six decades, and he has written a number of the most enduring compositions in the history of not only jazz, but also music and writing for symphonies around the world, again functioning as that light matter that can combine that unknown of improvisation with the structure of classical composition. 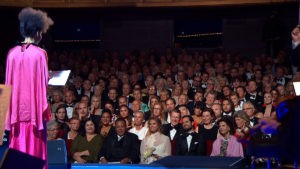 Without the musical explorations of Wayne Shorter, modern music would not have drilled so deep. Please come up on stage Wayne to receive a prize from the hands of his Majesty the King.”

Then, His Majesty King Carl XVI Gustaf of Sweden welcomed and bestowed the 2017 Polar Music Prize to Wayne Shorter.

“Your majesty, Your Royal Highnesses, Excellencies, ladies and gentlemen! It is with much humility and confessing that I was completely unguarded when informed that I would be a recipient of this prestigious award. 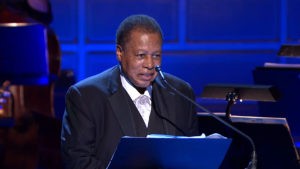 “My appreciation for the knowledge of your country, your country’s contribution to humanity awakened when I was quite young while watching the films of Ingmar Bergman and artistry of your great actors and actresses I realized how freely your country opened its heart to the world and before the phrase ‘Artists and Doctors Without Borders’ came into being. Sweden has a profound history of embracing and ever-seeking spirit which leaves the challenge to open all pathways to engage in the noble endeavor of creating peace and indestructible happiness in this world. Thank you again.”

Wayne Shorter commented earlier:
“I am deeply honored to be awarded the 2017 Polar Music Prize and I’m looking forward to accepting it in Sweden, a country that has produced some great musicians and composers who have inspired the world. It’s another great adventure for me, during a life where I’ve always chosen the trail less travelled because it always takes you to more interesting discoveries.”

The Polar Music Prize, now in its 26 year, is considered the most prestigious accolade in music, recognizing two Laureates from different music genres. Such is the honor that artists feel when being awarded the prize that even Bob Dylan, the 2000 Laureate, attended the ceremony to receive his prize from the King. The List of Polar Music Prize Laureates reads like the ultimate musicians hall of fame, which is what Stig Anderson, its founder, intended. They include: Paul McCartney, Dizzy Gillespie, Ray Charles, Burt Bacharach, Joni Mitchell, Elton John, Bruce Springsteen, Stevie Wonder, Cecilia Bartoli, Youssou N’Dour, B.B. King, Mstislav Rostropovich and Renée Fleming.