Home Uncategorized ‘Love isn’t love unless you give it away. Aloha is not Aloha... 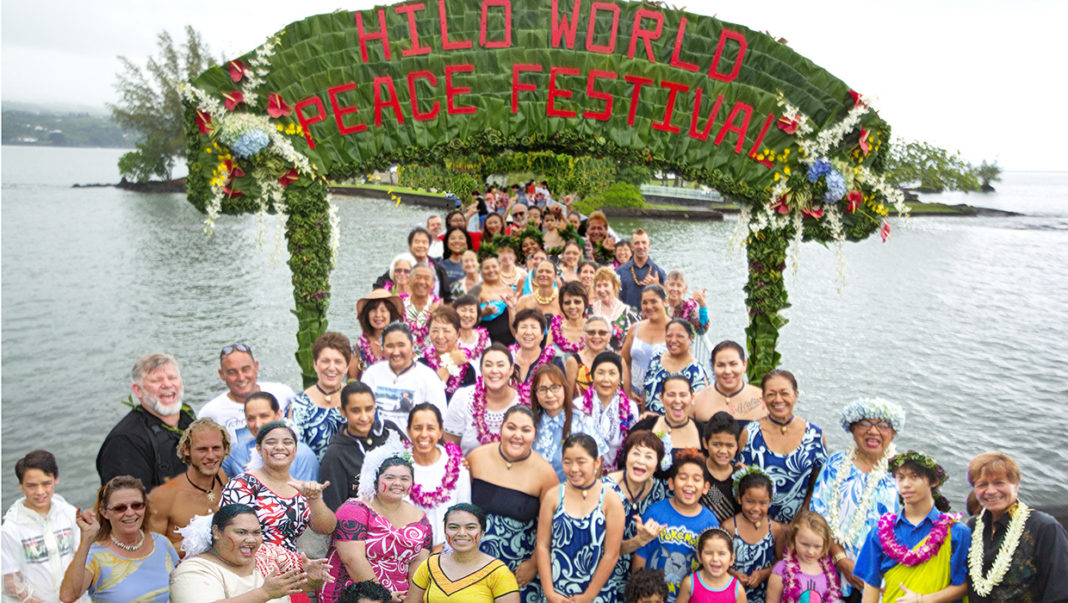 “Love isn’t love unless you give it away. Aloha is not Aloha until you give it away, and peace is never peace unless you share it.” With this powerful statement from local artist and event emcee, Penny Keli Vredenburg, the 7th Annual Hilo World Peace Festival began on its impactful course. 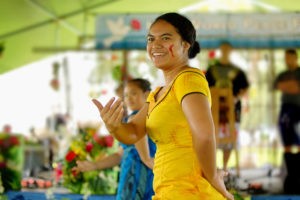 On Oct. 1, the citizens of the Big Island of Hawaii came together for this annual festival steeped in the intention of promoting the “spirit of Aloha” and “cultural diversity for the creation of a peaceful world.”

Hawaii Island Mayor Billy Kenoi launched the annual tradition in 2010, after learning of Philosopher and Peace-Builder Daisaku Ikeda’s worldwide travels for peace. Mr. Ikeda’s initial journey outside began on Oct. 2, 1960, in Hawaii. Accordingly, the mayor has brought to fruition this international cultural event to be held on the first Saturday of each October.

According to Roxcie L. Waltjen, culture education administrator for the County of Hawaii, this year’s festival was “a true partnership event, where community organizations, private enterprise and government worked together toward a common goal. The event was coordinated by Soka Gakkai International-USA, the International Committee of Artists for Peace, Destination Hilo, the Hawaii Youth Exchange, the County of Hawaii and other community groups.” 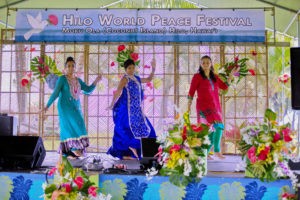 The Hilo World Peace Festival was created to promote the spirit of Aloha—the universal language of love. The Aloha spirit encourages acts “to honor and revere our elders; to love, nurture, and protect our children; and to respect the harmony of our families; thus creating a healthy community and island lifestyle.”

The grand event was held at Moku Ola (also known as Coconut Island), a small body of land, situated in Hilo Bay off Liliuokalani Park. Moku Ola is Hawaiian for “Island of Life” or “healing island,” and, since ancient times, Moku Ola has served as a safe haven, a place for healing and refuge. 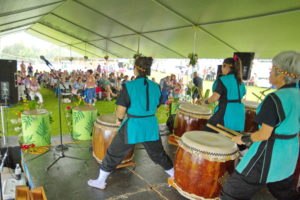 This year’s festival drew more than 1,000 attendees, who, despite the occasional rain—“liquid sunshine,” as the Big Islanders call it—enjoyed cultural displays and performances, and delicious culinary treats, as well as gained a deeper appreciation for the local culture through various informational booths. The festival also provided many opportunities for attendees to experience cultural expressions of dance, music and art. 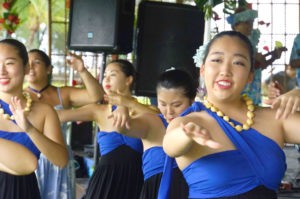 Hauoli Busby, a local Hilo artist succinctly captured the qualities of appreciation and determination representative of local participants at this year’s festival, by saying: “I have been fortunate to be involved on the planning committee since the first World Peace Festival. There were so many people who were so dedicated to give their all to make the festival success. I feel this is peace. I am determined to give my best again for the next year’s festival together with my fellow community members.”