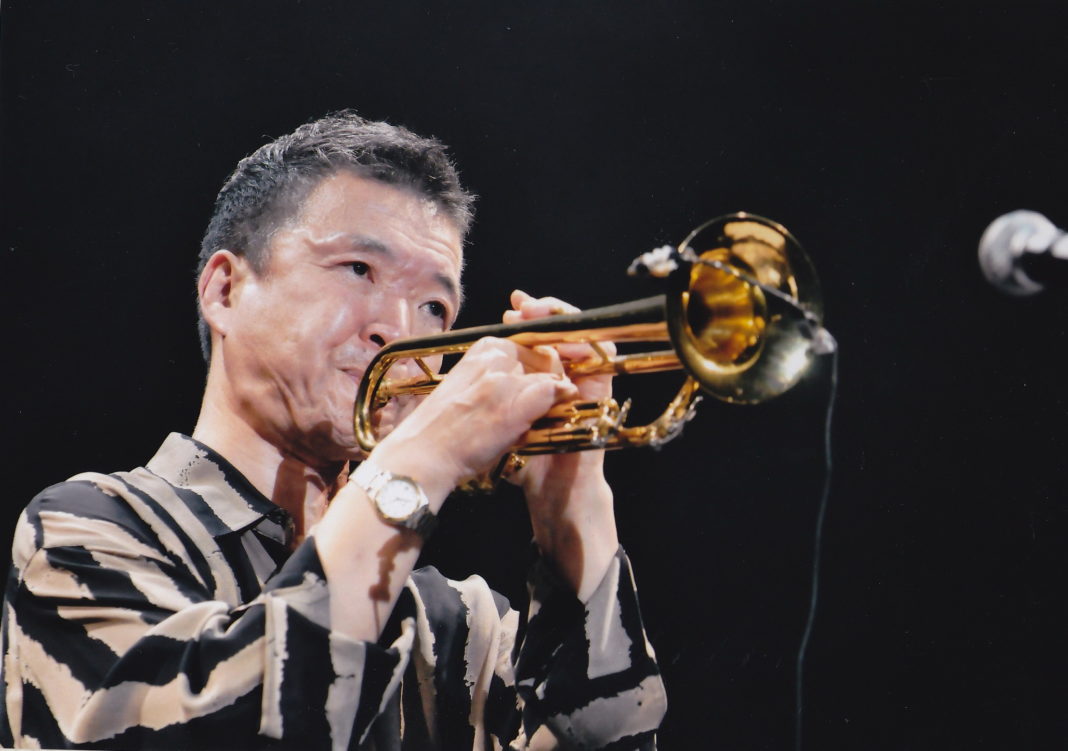 A car accident and cancer could have ended Shunzo Ohno’s career, but he could not be stopped.
(Many thanks to Kansas City Star editor Joe Klopus for permission to use this article from their issue dated October 24, 2012.)

Trumpeter Shunzo Ohno is a seemingly shy and modest guy, and the kind of player who wins you over subtlety and songfulness, not with cascades of notes. But behind his playing, which we’ll have several opportunities to hear in our area this week, is a burning ambition. At age 63, Ohno is defying the odds with every solo. It’s fair to describe the urgent way he’s playing now as a real triumph.

“I was off the scene for a while after a car accident, and then cancer treatment,” he says, understating problems that held his career for years. “It took me a while to get my chops back. But I’m feeling much better, and becoming active again. …I’m doing my best.”

That might sound like an apology, but no apology for his playing is necessary. He’s given some memorable performances in our area in recent days with saxophonist Rob Scheps, and they have a few more left. And Ohno has proved that his best right now is formidable – good enough to make him an active participant in the New York and on the world scenes once again. (He just got back from his native Japan, and he’s flying back for another Asian tour as soon as he’s done in KC.) 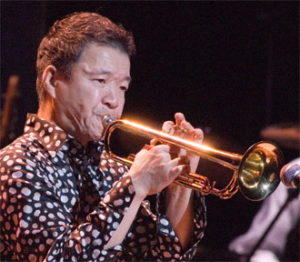 Ohno recalls being a teenager in Japan who got hooked on Jazz from seeing the movie “The Glenn Miller Story.” “It had Louis Armstrong….I saw that movie like six times. That was my major impact.”

He started hanging out in the jazz coffee shops around his community. “We have lots of jazz cafes in Japan. There’s no live music, but they have great speakers and sound systems, so they play a record and it’s like there’s a great band right in front of you. People come and drink coffee and spend hours.

“The first time I went to the jazz coffee shop I heard Art Blakey and the Jazz Messengers, the incredible band with (trumpeter) Lee Morgan and (tenor saxophonist) Wayne Shorter. Then I heard Miles Davis’ ‘Sketches of Spain,’ and I was, ‘Wow! Incredible music!’ Lee and Miles had a great impact on me.”

He met other musicians in the coffee shops, who invited him to bring his horn to sessions. The rest, as they say, is history. Ohno became a respected figure on the Japanese scene.

“In 1973, Art Blakey came to Japan,” Ohno says. “His trumpeter Woody Shaw couldn’t come, and they needed one trumpeter. So I did the job. After that job, Art said, ‘Come to New York.’” Ohno took the advice, and recites the date of his arrival, March 22, 1974.

He gigged some more with Blakey. He worked with Roy Haynes, another veteran drummer with the reputation for nurturing talent. And he tasted real success with another drummer, Norman Connors, when a song that Ohno wrote and played a strong solo on, “Bubbles,” became a hit record for them. There were also stints with the Latin bandleader Machito and the Gil Evans orchestra. He toured with giants Herbie Hancock and Wayne Shorter. Ohno was on his way.

The first setback was a car crash in 1988. He needed stitches to his lips and was stuck with career-damaging dental problems. “It was a completely different feeling on my instrument. It took a while to get the sound,” he says.

His first high-profile job after that was with bassist Buster Williams, on the super album “Something More” and on tours that even brought Ohno to the Folly Theater in Kansas City. “I don’t think I did a good job then,” the modest trumpeter says. The recorded evidence says he did just fine.

The second setback was even worse – cancer in his neck and throat. “This was hard,” he says. Surgery took out 125 muscle structures in his neck and cheek, along with crucial nerves. Potentially, it was the end of his career.
And another problem was the painkillers that were necessary after that surgery. “After that I was kind of addicted. It took me almost a year to get off that medication.”

Obviously, he did more than simply hope. You wouldn’t know that there was ever a problem from the way Ohno played at a Johnson County gig last week. There were Miles David-like lyrical lines, and outbursts of real musical energy, delivered with that coolest-dude-in-the-room swagger that Lee Morgan had in his playing. And there were great charts, because Ohno is composing and arranging on a high level, too.

This modest man has inspired a biography and a documentary film in Japan. But more importantly, he really embodies the power of music to change life again and again. All things considered, chances are good that this survivor has so much swagger in his playing because he really is the coolest dude in the room.