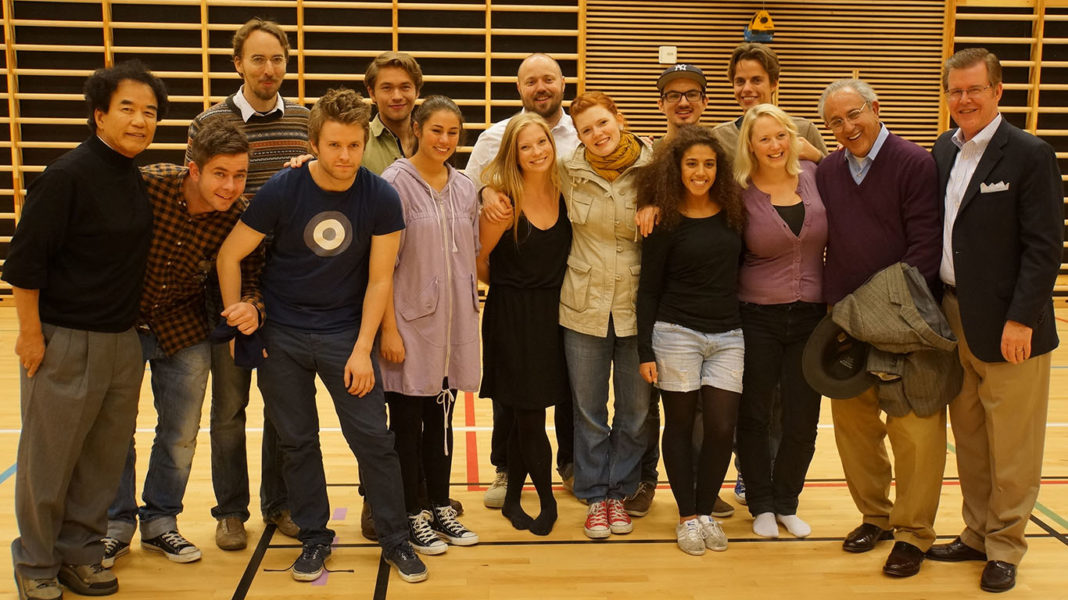 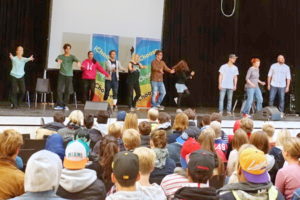 For the final leg of the iChoose Oslo-area tour, the production team revisited Persbraaten High School on the morning of September 20. Attending the production were more than 100 first-year students of diverse backgrounds.

Because of the physical distance between the stage and the audience—which seemed to have fostered a more-reserved dialogue session on the previous visit to the school—discussion moderator Jakob Oftebro went down to floor level after the performance to help bridge the gap. The students responded accordingly, actively sharing their thoughts on bullying. Especially noted this time was the situation where an individual receives unwanted attention from someone outside his or her circle of friends. Friends who know each other well can often allow for a different tone of expression than can be tolerated from lesser acquaintances. 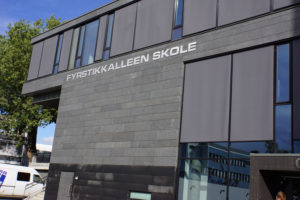 One student told a story about a fellow pupil who had to change schools after a lengthy period of being bullied and harassed. This raised a debate on how teachers have a hard time dealing with bullying, both because they might have difficulty identifying the actual bullying, and because it’s hard to tell young people to make friends when the foundation for friendship isn’t really there.

iChoose then moved on to an afternoon class at Fyrstikkalleen High School, where they were welcomed by approximately 200 first-year students. This was the most diverse student body of all the schools iChoose visited in Norway. After another well-received performance, Jakob Oftebro proactively engaged the students in the discussion, just as he’d done earlier at Persbraaten, by physically placing himself amid the audience. 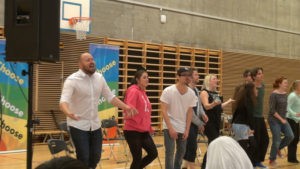 Mr. Oftebro asked students to stand up if they agreed there was minimal bullying taking place at the school. At first, no one stood up, and the crowd was silent. After some hesitation and a few comments, he again asked the question, and the majority of the crowd stood up. Mr. Oftebro emphasized that this is a good sign but asked the students to pay attention to those who didn’t agree. “It is really these people whom we need to consider and take care of,” he said. After everyone retook their seats, he asked the students who hadn’t risen if they wanted to comment. None responded.

Mr. Oftebro continued by asking all those who had witnessed, been victimized by, or had engaged in bullying stand up. A handful dared and were asked if they would share their story. Finally, a boy at the back of the audience was prompted to talk. He admitted that he had bullied others in the past, and he expressed the thought that it was boys more than girls who regularly bullied students. 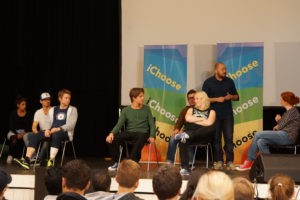 A girl toward the front of the audience then related an experience she’d recently undergone at a previous school, where a male student had begun harassing her, calling her “weird,” and such. She explained her decision to confront him forthrightly but from an attitude of not being overly sensitive, which was just the right solution to this particular situation. The comment was met with great applause.

With the Fyrstikkalleen visit, the iChoose program wrapped up its Oslo tour, having presented seven performances at five schools. ICAP and the iChoose production team convey their deepest gratitude to the entire city of Oslo, and especially to the students and faculty members who welcomed them with sincerity and open hearts.