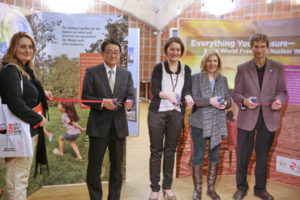 On 4–5 March 2013, the Norwegian government hosted a conference on the humanitarian impact of nuclear weapons in Oslo during which governments, UN agencies, international organizations, and civil society analyzed the effects of the use of nuclear weapons on human health, the environment, economies, development, and more.

Diplomats from 127 governments gathered in Oslo, Norway to examine the catastrophic effects of nuclear weapons.

If just one of the world’s 19,000 nuclear weapons was detonated, be it intentionally or accidentally, not only would it kill thousands of people instantly, but as the International Committee of the Red Cross (ICRC) has concluded, first responders would be unable to provide the emergency relief so urgently needed. This makes the continued existence and deployment of nuclear weapons one of the most serious humanitarian challenges of our time.

To demonstrate that a treaty banning nuclear weapons is both possible and urgently needed, the International Campaign to Abolish Nuclear Weapons (ICAN) hosted the Civil Society Forum on March 2-3, 2013. The Forum brought together more than 500 activists from 70 countries including ICAP representatives to discuss how we can finally get rid of the impending humanitarian disaster that is nuclear weapons. 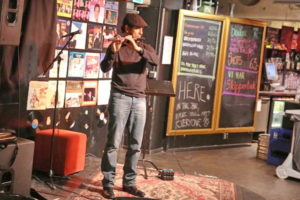 On opening night of March 2, a Jazz Flautist Nestor Torres performed his Latin Jazz music. If a flute could talk and sing, it would certainly be in the voice of Nestor Torres, for he spoke for nuclear-free world through his instrument. The participants enjoyed such original songs of his repertories as “Let there be light” “Peace with myself” “Daybreak” “Eldorado” and “Over the rainbow.”

Nestor commented, “It was inspirational and transforming for me to be there to witness so many young people who are committed for the cause of peace working together with older generation of people in harmony.”

On March 3 the participants heard from scientists, activists, and academics, as well as victims of nuclear detonations participated in informative workshops and engaged in lively discussions.

Side events and exhibitions in the market place, as well as guest appearances by Martin Sheen, and Reverend John Dear, rounded out two days of education and fun. The Civil Society Forum provided inspiration to campaigners from around the world to continue working to Ban the Bomb.