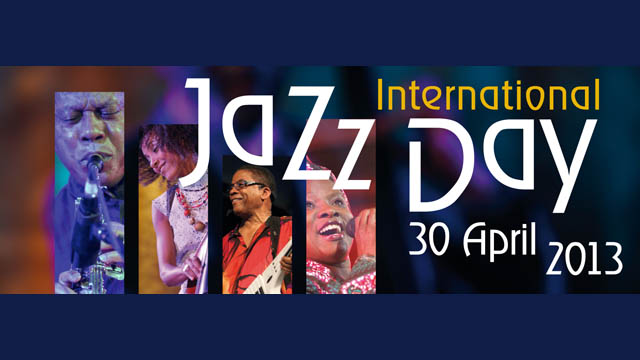 The United Nations Educational, Scientific and Cultural Organization and the Thelonious Monk Institute of Jazz, in partnership with the Republic of Turkey, commemorated the power of jazz as a vehicle for peace, unity, dialogue and the enhanced cooperation of all people. The Istanbul Jazz Festival, organized by the Istanbul Foundation for Culture and Arts, served as the 2013 Host City Partner.

Herbie Hancock, UNESCO Goodwill Ambassador and co-president of the International Committee of Artists for Peace, played a key role in the dayâ€™s events, which brought together communities, schools and groups from around the world to celebrate jazz, learn about its roots and highlight its role as a form of communication that transcends differences. Thousands of events celebrating International Jazz Day 2013 unfolded in 196 countries in every region and continent of the world and all 50 of the United States, culminating in an evening concert at Istanbulâ€™s Hagia Irene Church, located in the outer courtyard of Topkapi Palace, a UNESCO World Heritage site. 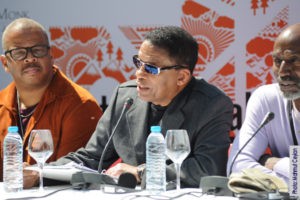 According to Mr. Hancock: â€œMusic has always served as a bridge between different cultures; and no musical art form is more effective as a diplomatic tool than jazz. It provides a forum for dialogue among the people, which continually emphasizes as a means of peace.â€

â€œUsing jazz as a tool,â€ Herbie Hancock said, â€œI have faith that the musicâ€”either through playing an instrument, learning about its rich cultural history, or listening to the millions of recordings made over the past centuryâ€”will demonstrate that barriers can be broken, unity can be achieved, new forms of expression can be created, and a dialogue between cultures can begin. From my decades long career as a jazz musician, I know firsthand that inventive ideas can achieve the impossible, transform humanity and make productive changes at the grassroots level.â€ 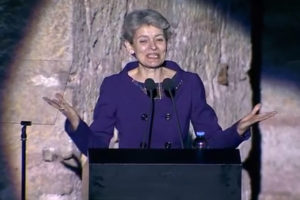 â€œJazz shows the wealth that rises from diversity,â€ remarked Irina Bokova, UNESCO director general. â€œThis music draws strength from a rich mix of peoples and cultures, and it is woven today into the fabric of every society, played across the world, enjoyed everywhere.â€

As the Global Host City for International Jazz Day 2013, Istanbul featured concerts, lectures, roundtables, workshops and Q&A sessions with high-profile educators and musicians throughout the city. All of these daytime programs were free and open to the public with panel discussions focusing on â€œJazz and Freedom,â€ â€œJazz and Women,â€ and â€œJazz Festivals and the Art of Promoting Jazz.â€ Lectures included â€œThe History of Jazzâ€ and â€œDave Brubeck and Diplomacy.â€

Elsewhere in the world: In Kigali, Rwanda, a â€œKigali Jazz 4 Peaceâ€ event was held at the MTN Center Building in Nyarutarama with a film screening and concerts. In Brazil, the city of Sao Paulo celebrated by organizing a special show at Jazznos Fundos to mark the day, with a quartet of Brazilian musicians. In Italy, the Alexander Platz Jazz Club in Rome presented a concert featuring local artists; and in Penang, Malaysia, at Gurney Paragon, the Penang Philharmonic Jazz Section marked International Jazz Day with â€œA Celebration of Jazz 2013,â€ featuring performances by five groups, each with its own unique style and brand of music. 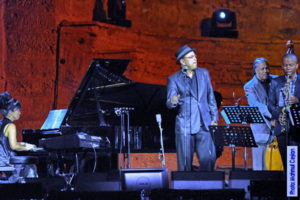 Todayâ€™s performance in Istanbul was streamed live worldwide at www.jazzday.com and via the UNESCO, United Nations, U.S. State Department and Thelonious Monk Institute of Jazz websites, and was also taped for future broadcast around the world.

The Thelonious Monk Institute of Jazz is working with UNESCO and its member states, national commissions, UNESCO networks, UNESCO associated schools, universities and institutes, public radio, public television and NGOs, as well as jazz clubs, hotels and restaurants, to organize and promote International Jazz Day events worldwide every year. Libraries, schools, performing arts centers, artists and arts organizations of all disciplines throughout the world are encouraged to celebrate the day through education programs, presentations, concerts and other jazz-focused activities.