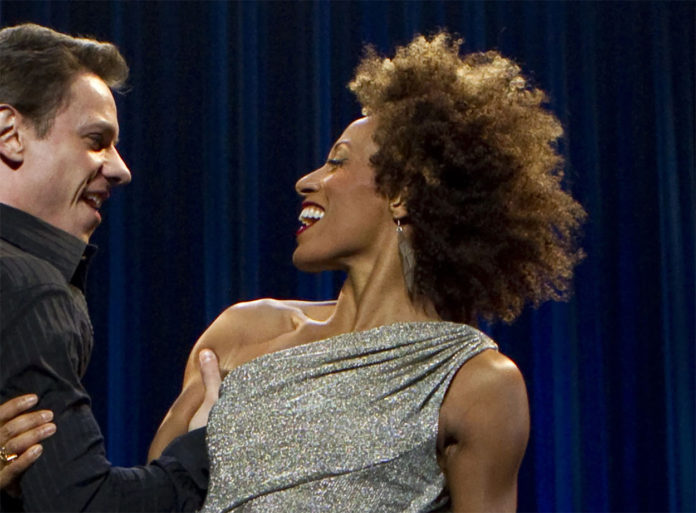 ICAP artist Karine Plantadit was nominated for a Tony Award in the Best Featured Actress in a Musical category for her work in Come Fly Away. Her fellow nominees were Barbara Cook, Angela Lansbury, Lillias White and Katie Finneran, who ended up winning the award. While the other nominees had all appeared in speaking roles, Karine’s performance was solely as a dancer. The nomination, in effect, said that Karine’s dancing spoke volumes!

“When I meet those ladies, I’m going to bow so low,” Karine said right after the nominations were announced. “But I’m also going to stand up, because I believe strongly that by being nominated with those people, it also means that the genre that we brought forward—dance-theatre, dance-acting—is equivalent to the work that they’ve done. I have been in my craft for a very long time as well, and I’ve been working really hard at it. So I am honored. I will bow, bow, bow, and I will stand up and meet their eyes with a lot of joy.

“At one point, I’d had surgery and could not move. I had to dig deep inside of me and push through to express this character . . . it became a part of me. That’s what the [nomination committee] saw,” Karine commented.

This past April 22, after performing in the Twyla Tharp musical Frank Sinatra: Dance With Me at the Encore Theater in Las Vegas, Karine shared the story of her struggle and victory with students from the Las Vegas Academy.

Speaking later with ICAP, she said that she always tries to find time to speak with young dancers and students. “They ask questions like: Am I going to make it? How do you do it? What I really want them to understand it is that passion—a true passion for your art form—will be the gas in your car. Passion has got to be yours forever. I choose to use my body as a weapon for peace. So all my movements are made to show strength, courage, compassion, love, joy and justice. 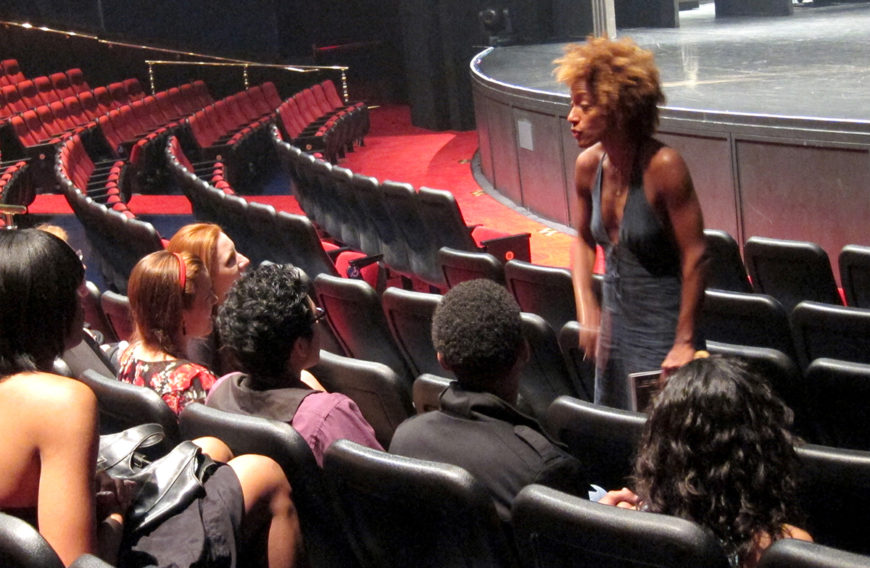 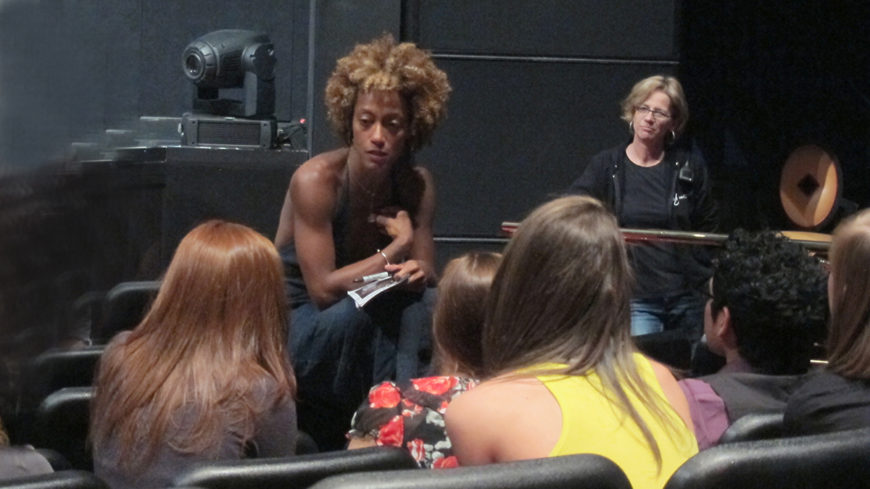 “One of my biggest joys today is to know that through my performance I can actually connect with young dancers and let them know how, in their own beautiful ways, they can excel in their own dancing and careers, that they can choose to make a difference in the world through their art.”

Karine was raised in Cameroon, and her first dance training was ballet in Africa. At only 14, she moved to Cannes, France, to study dance. One night in Paris, she saw the Alvin Ailey American Dance Theater perform in Paris. In time, she moved to New York to study with Ailey and eventually performed with the company for seven years before being cast in Broadway’s The Lion King.

It was another Broadway gem, Twyla Tharp’s Movin’ Out (2002) on Broadway, which told a story completely through movement, that sparked something within for Karine, who developed a desire to portray a character completely and in-depth but mainly through using her body and movement.

Come Fly Away arose a few years ago from Karine and co-star Rika Okamoto asking Ms. Tharp about the possibility of creating new work, which led to semiprivate classes being held at Ms. Tharp’s home studio. The Tony-nominated hit was born out of these workshops and premiered in Atlanta in 2009 under the title Come Fly With Me.Come Fly Away opened on Broadway on March 25, 2010, at the Marquis Theaer. Frank Sinatra Dance With Me ran from January to April 2011 in Las Vegas.