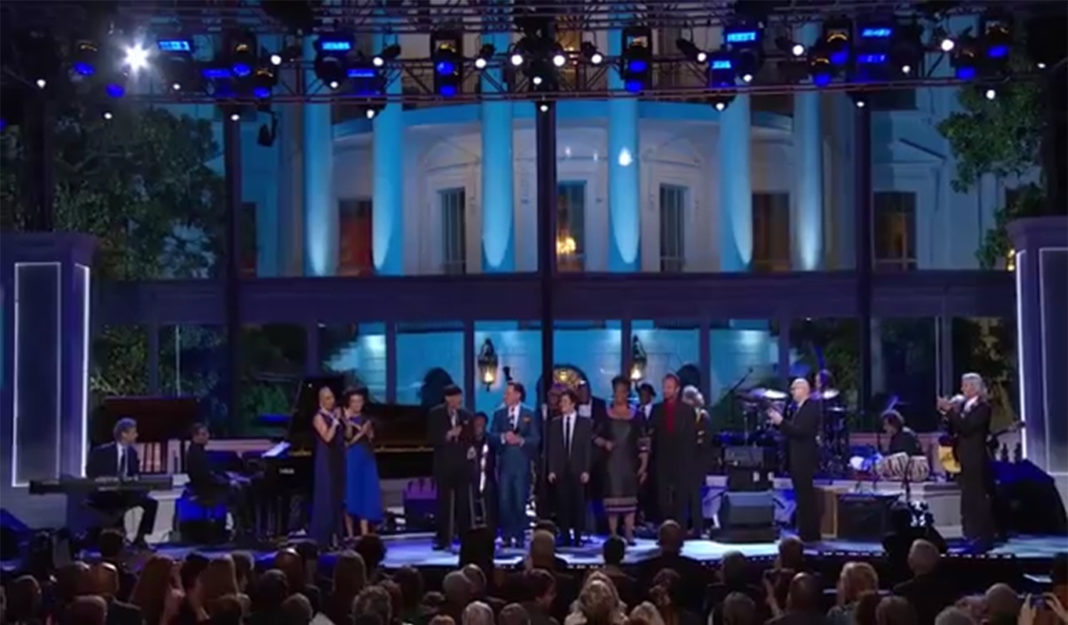 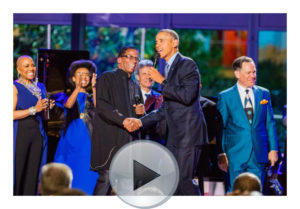 See the video of the Jazz Day performance.

The sounds of International Jazz Day 2016 blared from nearly every continent on April 30. The annual event actually kicked off on the evening of the 29th, with a multi-site celebration in Washington, D.C., and hundreds of locations around the world. 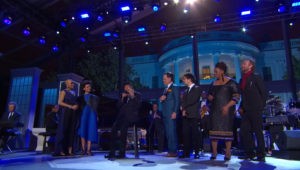 In one highlight performance of the event, held on the White House lawn and emceed by actor Morgan Freeman, Mr. Shorter presented a rendition of his classic “Footprints,” while joined by Ms. Spalding on bass, and the 12-year-old phenomenon, Joey Alexander, on piano.

Mr. Hancock made several appearances, including accompanying Sting for a performance of his “Sister Moon,” and teaming with the rapper Rapsody and Aretha Franklin for a sudden tribute to recently departed Prince. Ms. Franklin led the enthusiastic crowd in a sing-along to Prince’s signature “Purple Rain.”

In his opening remarks and acknowledgments, President Barack Obama thanked Mr. Hancock, calling him: “A great friend to me and Michelle, a UNESCO [goodwill] ambassador, a legendary jazz musician and all-around cool cat.”

The President went on to proclaim that jazz is “driven by an unmistakably American spirit.” And he added: “It is, in so many ways, the story of our nation’s progress: Born out of the struggle of African-Americans yearning for freedom. Forged in a crucible of cultures — a product of the diversity that would forever define our nation’s greatness.”

The history and virtues of International Jazz Day are spelled out on the official celebration website, jazzday.com:

“In November 2011, the United Nations Educational, Scientific and Cultural Organization officially designated April 30 as International Jazz Day in order to highlight jazz and its diplomatic role of uniting people in all corners of the globe. International Jazz Day is chaired and led by Irina Bokova, UNESCO Director General, and legendary jazz pianist and composer Herbie Hancock, who serves as a UNESCO Ambassador for Intercultural Dialogue and Chairman of the Thelonious Monk Institute of Jazz. The Institute is the lead nonprofit organization charged with planning, promoting and producing this annual celebration.

“International Jazz Day brings together communities, schools, artists, historians, academics, and jazz enthusiasts all over the world to celebrate and learn about jazz and its roots, future and impact; raise awareness of the need for intercultural dialogue and mutual understanding; and reinforce international cooperation and communication. Each year on April 30, this international art form is recognized for promoting peace, dialogue among cultures, diversity, and respect for human rights and human dignity; eradicating discrimination; promoting freedom of expression; fostering gender equality; and reinforcing the role of youth in enacting social change.”