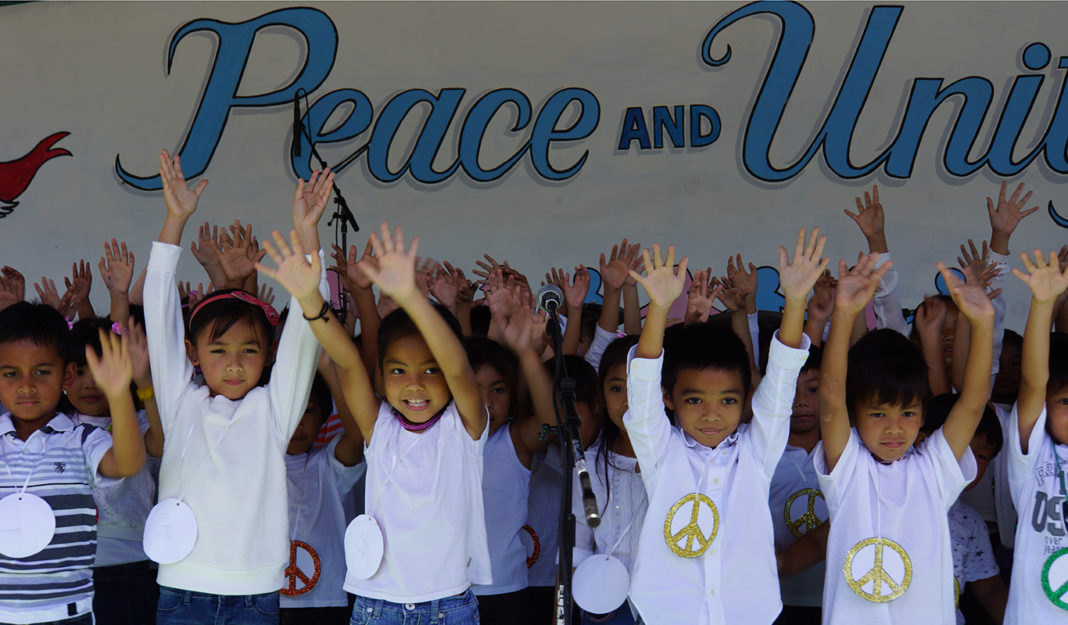 This year, 2016, marks the 71st anniversary of the end of World War II. During that global conflict, the Chamorro people — indigenous peoples of the Mariana islands — suffered terribly from unspeakable atrocities committed on the beautiful island of Guam. 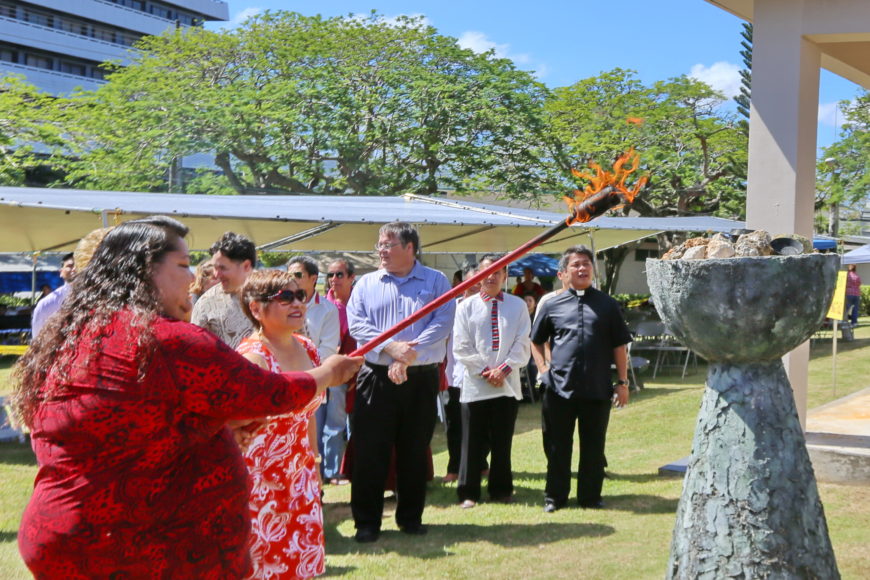 It was here that the Latte Peace Festival was first conceived and produced three years ago — in January 2013 — by Tamuning-Tumon-Harmon Mayor Louise Rivera and her Office. The festival was envisioned as an empowering communal celebration of unity, diversity, collective strength and peace. The Latte Peace Festival has since become a significant event linked to cultural education and exchange.

The event was held at Tamuning Park, located across from the former International Trade Center, where the first World Peace Conference was held in 1975. It was there that Daisaku Ikeda had the vision to make Guam the symbolic starting point of a quest to promote better understanding between cultures and the actualization of peace — and upon that vision, he founded an international peace organization.

At this year’s festival, co-sponsors included such community partners as the SGI-USA, the International Committee of Artists for Peace, the Mayors’ Council of Guam, and the Guam Visitors Bureau. There were also 14 visiting mayors from the Philippines, each of whom participated in native-dance performances representing their respective regions. The Philippines mayors invited Mayor Rivera and Vice Mayor Santos to join them in their dances.

Judith T. Won Pat, speaker of the 34th Guam Legislature, presented two resolutions on behalf of the Legislature congratulating the peace organization on its anniversary and praising Dr. and Mrs. Ikeda’s tireless efforts to direct the world toward becoming a more-peaceful planet.

One resolution reads in part: “the California-based International Committee of Artists for Peace (ICAP) has continued to provide support to the Latte Peace Festival since the Festival’s inception, further encouraging the belief in making art a vehicle for creating peace.”

Angel Sablan, executive director of the Mayor’s Council of Guam, served as Master of Ceremonies. The festival began with “Fuetsaney Chamoruta,” a native blessing of the land, by the local youth. U.S. Air Force veteran Danny Orlino sang the National Anthem and the Guam Hymn. Mayor Rivera welcomed the guests, and inspirational words were shared by various peace organization leaders. A presentation on beloved peacemaker Dr. Martin Luther King was delivered by University of Guam professor Dr. Ron McNinch. More than 100 students from LBJ Elementary School filled the stage, and nine of them shared their views on the topic, “What does peace mean to me?” 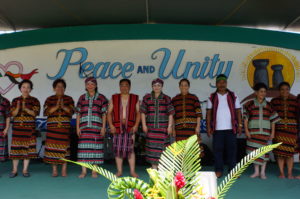 Participants then took part in a lighting ceremony of latte stones, a signature image of the island culture. Lattes are stone monoliths that ancient Chamorros carved from coral limestone and served as a foundation for their homes.

Following the lighting of the stones, a wreath was laid at the park’s Peace Monument.

Reprising their moving performance from the previous festivals, the Catholic Daughters of the Americas performed the poignant ballad, “Let There Be Peace On Earth.”

Cultural presentations throughout the two-day event included performance groups representing the Polynesian, Micronesian and Mariana islands. Local bands performed native Chamorro music. Local youth presented a Chamorro fire show, while the local Isa Chorus, comprising women and youth, sang a native hymn, “Saina.” Therese Quichocho, executive assistant to Mayor Rivera, expressed how moved she was by their performance, saying, “This was the first time I’ve seen this song performed by people other than Chamorros, so it was very touching.” 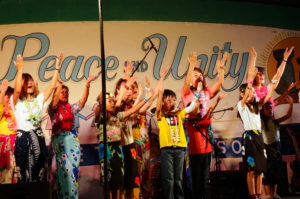 In his proclamation, Governor Eddie Baza Calvo acknowledged the efforts of participants. The governor also emphasized the importance of forging the global culture of peace through grassroots activities that celebrate the inherent dignity of life, through international cultural exchange that reveals our shared humanity, and through the nonviolent institution of human rights and education.

He further commended Dr. Ikeda’s efforts to continue to celebrate the birth of the international peace movement on Guam, serving as a testament to their peaceful island community.