Home Peace Event Why Do We Come to Hiroshima? 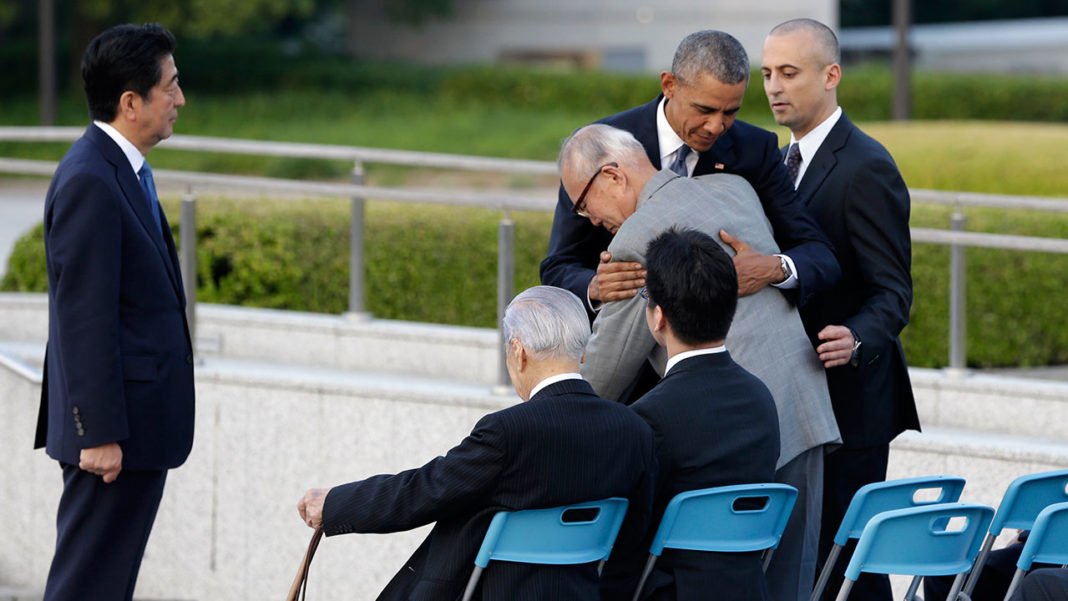 HIROSHIMA, Japan — Barack Obama, the first sitting U.S. President to visit Hiroshima, called for a “world without nuclear weapons” and offered respects to the victims of the world’s first deployed atomic bomb on May 27. 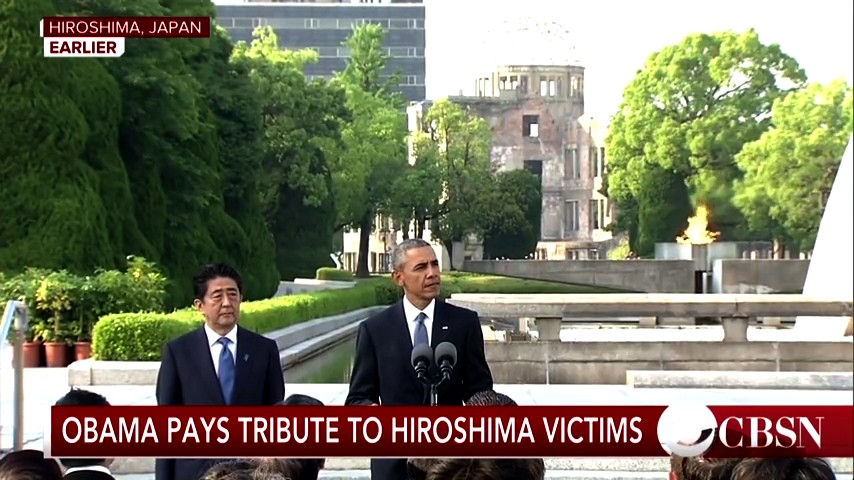 In the Hiroshima Peace Park guest book, Mr. Obama wrote: “We have known the agony of war. Let us now find the courage, together, to spread peace, and pursue a world without nuclear weapons.” In later remarks, he said that scientific strides must be matched by moral progress or humankind is doomed.

An estimated 140,000 were killed during the bombing on Aug. 6, 1945, and its aftermath. That figure includes 20,000 Koreans who had been forced by the Japanese military to work in the city for the imperial war machine. Three days after the Hiroshima bombing, a second U.S. atomic bomb hit Nagasaki, killing some 80,000, including an additional 30,000 Koreans. Most of those killed in both cities were civilians.

President Obama said: “Seventy-one years ago on a bright, cloudless morning, death fell from the sky, and the world was changed. A flash of light and a wall of fire destroyed a city, and demonstrated that mankind possessed the means to destroy itself.

“Why do we come to this place, to Hiroshima? We come to ponder a terrible force unleashed in the not-so-distant past. We come to mourn the dead, including over a hundred thousand Japanese men, women and children, thousands of Koreans, a dozen Americans held prisoner. Their souls speak to us, they ask us to look inward, to take stock of who we are and what we might become.” 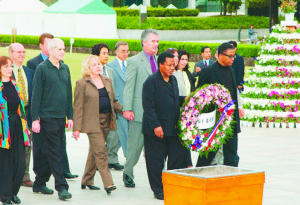 Fourteen years ago this month, on May 4, 2002, the founders of the International Committee of Artists for Peace — Herbie Hancock, Wayne Shorter, Patrick Duffy, Pascual and Angela Olivera — laid wreaths at the Peace Memorial Park in Hiroshima before performing at the bank of Motoyasu river with more than 10,000 citizens in attendance.

Mr. Hancock, in an interview at the time with Japanese media, said: “I was 5 years old when the bomb struck here, so I do have some memory about that time, but young people of course would not have that connection. It is very important to share this with them . . . The feeling that I have is one I can share with other Americans and other people all over the planet and particularly with youth who were not around at that time.” 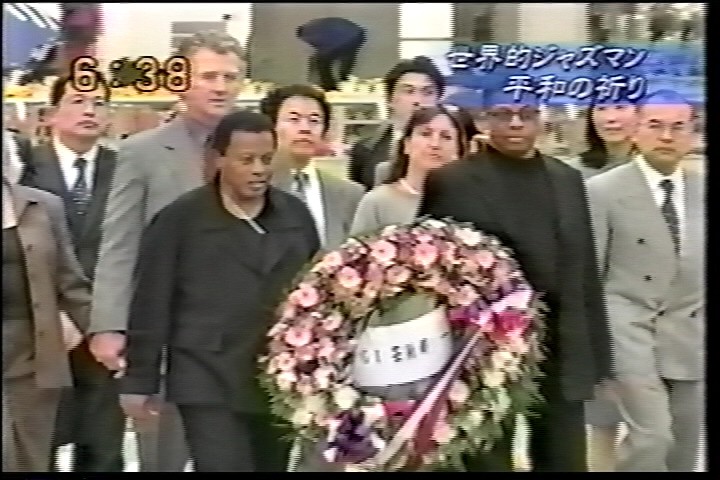 Today, nine countries of the world possess nuclear weapons, which total 16,000. The chance that a nuclear weapon could go off, either by intent or by accident, is greater than during the Cold War. Presently, however, there remains a historic opportunity before us to eliminate the world’s deadliest weapons. In recent years, there has been increasing worldwide momentum for an international legal ban on nuclear weapons that would be in alignment with all other weapons of mass destruction.

Last year, on Aug. 6, as keynote speaker at the Hiroshima 70 concert in Oslo, Mr. Hancock, said: “ I have recently learned, here in Norway, that there are new energy sources of great promise from a safety, environmental and non-proliferation perspective. Let me say something about nuclear reactors. The concern is the materials that are used and the type of process, not the nuclear reactors themselves. Thorium, not uranium or plutonium, has the potential to make nuclear energy much safer and more efficient. It is extremely difficult and impractical to use for military purposes. In addition, Thorium can be used to dispose of current nuclear stockpiles of plutonium — isn’t this turning poison into medicine? 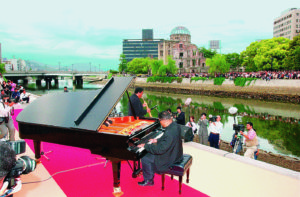 He continued: “We should not demonize technology. It is not technology that destroys people. Human beings do that. We have to first look into our own hearts to instill peace, to make humanity the heart of technology. It is about the simple things . . . it is a change in behavior . . . it is a practice of kindness, consideration . . . a simple smile, hello and a thank-you . . . that’s where peace begins. And in so doing, we will be revealing what is ultimately in all our hearts.”

President Obama closed his remarks by saying: “The world was forever changed here but today the children of this city will go through their day in peace. What a precious thing that is. It is worth protecting.”