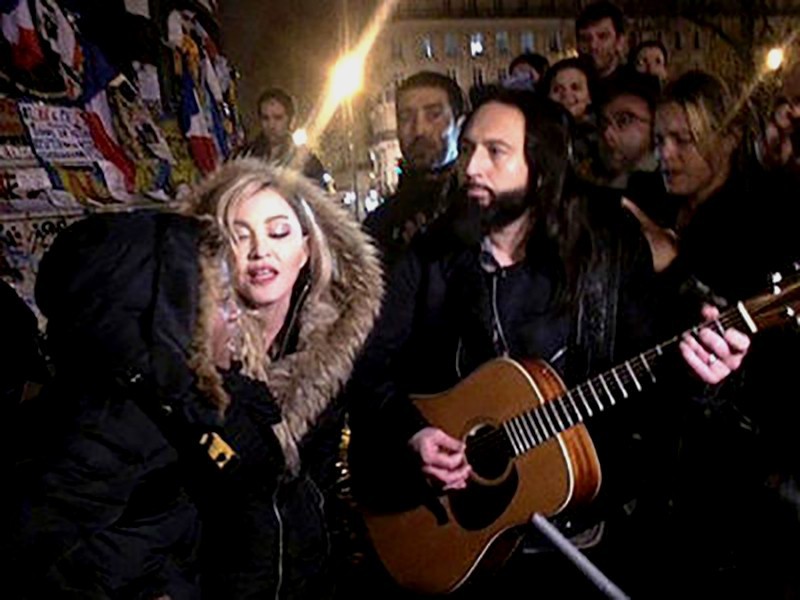 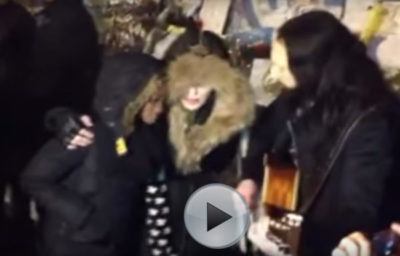 Because our daily news cycles are often dominated by stories of crises, conflict and sadness, it can be a breath of fresh oxygen to hear accounts of people acting in a manner that uplifts and inspires.

This past Dec. 9, when Madonna gave an impromptu singing performance at the site of the massacre in Paris just a couple of weeks earlier (Nov. 13), was just such a moment.

As the world will long remember, on that horrible November day, 130 people died when Islamic State terrorists attacked Paris with shootings and suicide bombings. Two days later, in Stockholm, Madonna interrupted her concert with silence for the victims. Afterward, she told the audience: “It’s been really hard, actually, to get through the show, because in many ways, I feel torn. Like, why am I up here dancing and having fun when people are crying over the loss of their loved ones? . . . However, that is exactly what these people want us to do. They want to shut us up. They want to silence us. And we won’t let them.”

On Dec. 9, Madonna’s musical tour brought her to Bercy Arena, Paris. At her performance that evening, Madonna declared: “We will not bend down to fear!” After the concert, she took action on her words traveling to the “Place de la Republique, scene of the terrorist attacks, and started an impromptu mini-concert with virtually no security protection, no hype, no staging. She sang “Ghosttown,” “Like a Prayer,” and John Lennon’s classic, “Imagine,” along with her son David and guitarist Monte Pittman. Madonna told her onlookers: “Everybody knows why we’re here . . . we just want to sing a few songs about peace, just to spread love and joy, and to pay our honor and respect to the people who died almost four weeks ago . . . And to spread light . . . we all need it.”

Lit mostly by the cell phones of bystanders and other sudden singers taking videos and selfies, Madonna and countless spectators shared this poignant moment, which was then shared to a wider audience on social media.

Actor Patrick Duffy, a member of the ICAP Board of Directors, commented:

I was really moved by Madonna’s action because she has, whatever her . . . public persona, at that moment she was just a person responding to some inner nature and she went and did it. She didn’t promote it; she didn’t call the press and the paparazzi. [She and her fellow musicians] just showed up. And people were stunned and started taking selfies and videoing it. We’re artists for peace and that’s what an artist for peace can do.

I also found out that in France, they’re just putting pianos in the train stations for anybody to play. Just make yourself happy by playing the piano. And I kept following and clicking and people taking videos on their cell phones — a guy played the piano, then another young kid came and listened for a while and kinda got into it. They started doing things together. Then they started really working together . . . and then it ended, and they went, “Hey, cool, bye. Nice to see ya,” and they went their separate ways. That’s another effect of art.

We at ICAP are very interested in acknowledging such acts of compassion, in hearing your stories of peacemaking through the arts, no matter the scale upon which they take place. Please, if you see an act of kindness based on an artistic endeavor, consider sending us your videos and photographs at:

and we’ll present many of them here to encourage and inspire others. After all, at the end of the day, everybody can be an artist for peace.