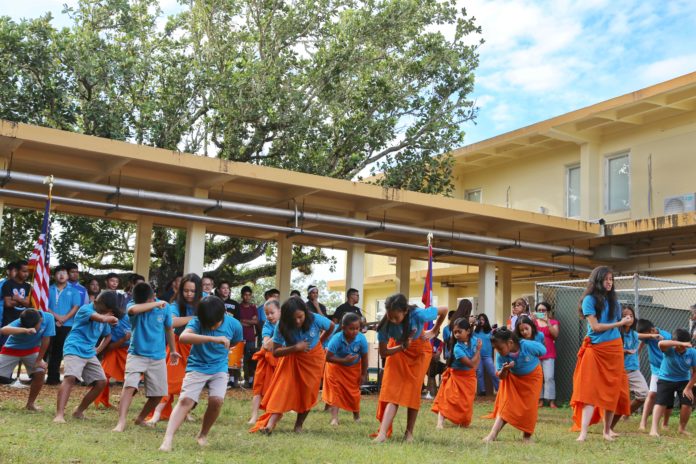 Seven hundred forty students from Guam’s Guahan Academy Charter School (GACS) from kindergarten to K12 together with their teachers and staff gathered in the Academy’s courtyard for the Peace Assembly on January 17, 2020. 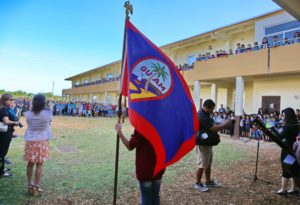 The program started with Bendison, Pledge of Allegiance, National Anthem and Guam Hymn.  Linda Hernandez–Avilla, dean of Secondary shared that the GACS’s Vision is that the students will become Respectful, Responsible and Resourceful.  Ms. Avilla also shared that their Mission is to empower the students with proven educational practices and social supports to be productive citizens in the community.

Cultural songs and dances were presented. Then the audience joined them in singing and dancing. The power of art brought peace, harmony, and joy to everyone. 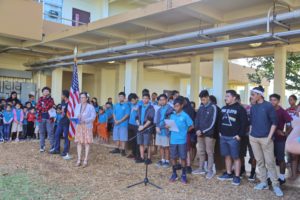 The school displayed their classroom walls with the elementary School students art work titled, “What Peace means to me.”

Essay on peace and harmony were presented by three students. One of the essays titled, “Who is Martin Luther King, Jr.” was shared by Elizabeth Aquinde, 12th grade student.

“I say to you today, my friends, so even though we face the difficulties of today and tomorrow, I still have a dream. It is a dream deeply rooted in the American dream. I have a dream that one day this nation will rise up and live out the true meaning of its creed: ‘We hold these truths to be self-evident that all men are created equal.’’’

These are words from Martin Luther King Junior’s acclaimed “I Have a Dream” speech.

So many of us know, the United States of America were once divided in two because of the opposing views on slavery. A war was fought from April 12, 1861 to April 8, 1865. Despite the result being the outlawing of slavery, discrimination and violence against African Americans still existed. The new laws and amendments passed throughout the next century could hardly put an end to that until one man, Martin Luther King Junior, made it its mission to bring equality and humanity to our nation. And he did it all through peaceful methods. 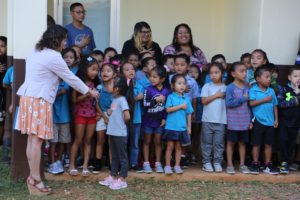 No evidence. No war. Even if he was met with either. Martin Luther King Junior never fought fire with fire. No. He was a noble man.

Through his actions, he inspired other people to do better. To BE better. It is because of Martin Luther King Junior that racial discrimination and segregation have been diminished to the finest. We, as human beings, may attend school together, travel together, and work together in the same place as one another, no matter what races are.

We honor Martin Luther King Junior every third Monday of January in remembrance of for achievement for bringing peace, harmony, equality to us all.