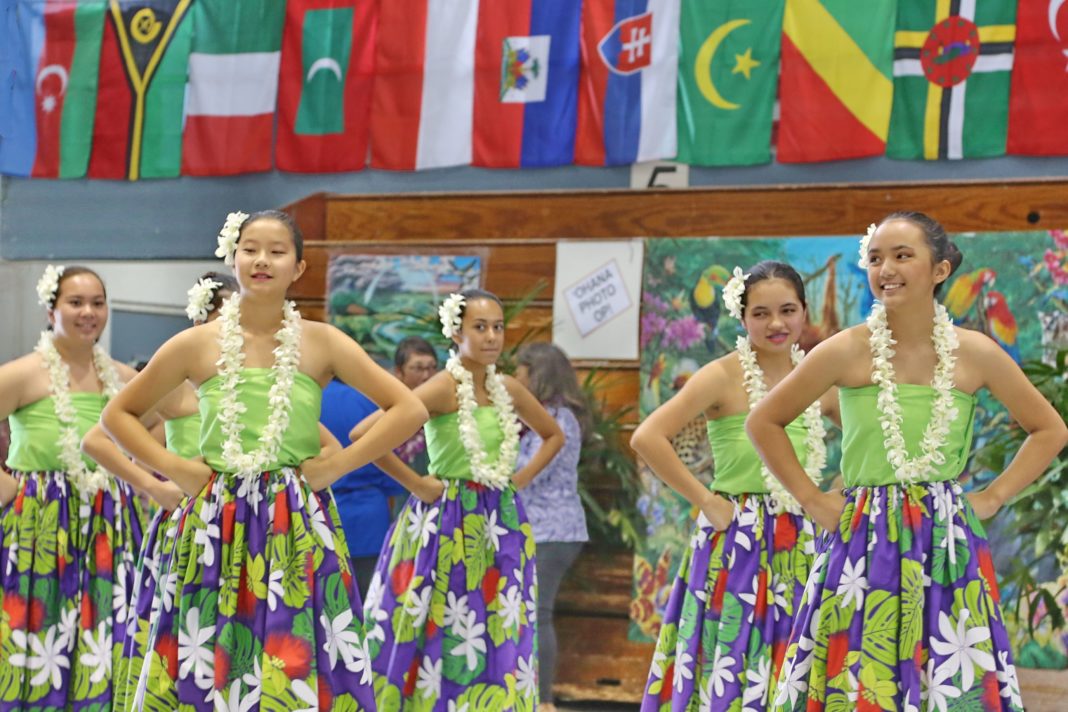 It seems almost nobly defiant that a festival for peace be held at the site of nature’s ongoing violent upheaval. But the city of Hilo, situated at the base of two volcanoes on the Big Island of Hawaii, hosted the 10th annual Hilo World Peace Festival on Oct. 19 at the Afook-Chinen Civic Auditorium. More than 1,000 citizens and visitors attended this year’s event at the island’s largest city, nestled between the active Mauna Loa and the dormant Mauna Kea.

The annual celebration—via cultural expressions of dance, music and art, and an abundance of delicious food and drink—spotlights cultural diversity and promotes the creation of a peaceful world. The Hilo World Peace Festival was created in 2010 to communicate to the world the spirit of “Aloha.” Aloha encourages the honoring of elders, the love and nurturing of children, and the creation of harmonious families, community and island lifestyle. The event is a partnership coordinated by the County of Hawaii, Destination Hilo, Soka Gakkai International-USA and the International Committee of Artists for Peace.

The indoor venue, the home of men’s and women’s NCAA basketball games with a seating capacity of several thousand hosted a display of 194 nation flags, which accenting the global focus of the local efforts for world peace. As in years past, Festival sponsors set up booths around the periphery for activities such as face-painting, origami-making, bracelet-making, water-coloring, lei-making, dreamcatcher constructing, as well as for the “I Pledge Aloha” project. To cap it off, the foodies in attendance enjoyed a variety of local culinary treats.

One of the main Festival highlights was guest speaker, Sophia Maker, a fifth-grade student at Volcano School of Arts and Science. Earlier this year, Ms. Maker won the Big Island’s Dr Martin Luther King Jr Peace Poetry contest. Employing a fertile imagination to conjure up magical locations and animals, as well as a deep sense of love in describing her vision of peace, she created the following poem, titled “Peace Is Everywhere”:

Members of the youth initiative “Victory Over Violence” greeted Festival visitors with floral bouquets and traditional Hawaiian leis, and they invited the participants to view a vital and informative series of antiviolence graphics.

Festival emcee Penny Keli Vredenburg welcomed the vast array of visitors hailing from all over the United States, Canada, the U.K., Japan and many other corners of the world.

After greeting attendees and participants, Ms. Vredenburg introduced Kumu Hula (master Hula Dance Instructor and Cultural Advisor) James “Kimo” Luluhiwalani Awai III. Continuing a Festival tradition, Mr. Awai conducted a participatory Hawaiian call and response. He then unified the participants with the performance of Halau, an expression of the Festival’s purpose of creating a peaceful world.

United Nations representatives introduced their activities based on the theme: The UN Helps the Whole Earth. Among the many ongoing projects the historic international institution puts forth are those to eliminate poverty; provide world education; offer shelter, food, and schools for refugees; assist with the challenges of climate change . . . indeed, they help the whole Earth.

Roxcie Waltjen, director of Parks and Recreation for Hawai’i County, expressed her appreciation for the numerous volunteers working behind the scenes, who made this year’s Festival a rousing success.

(Many thanks to Carol Clayton and David Yee for the accompanying photographs.)