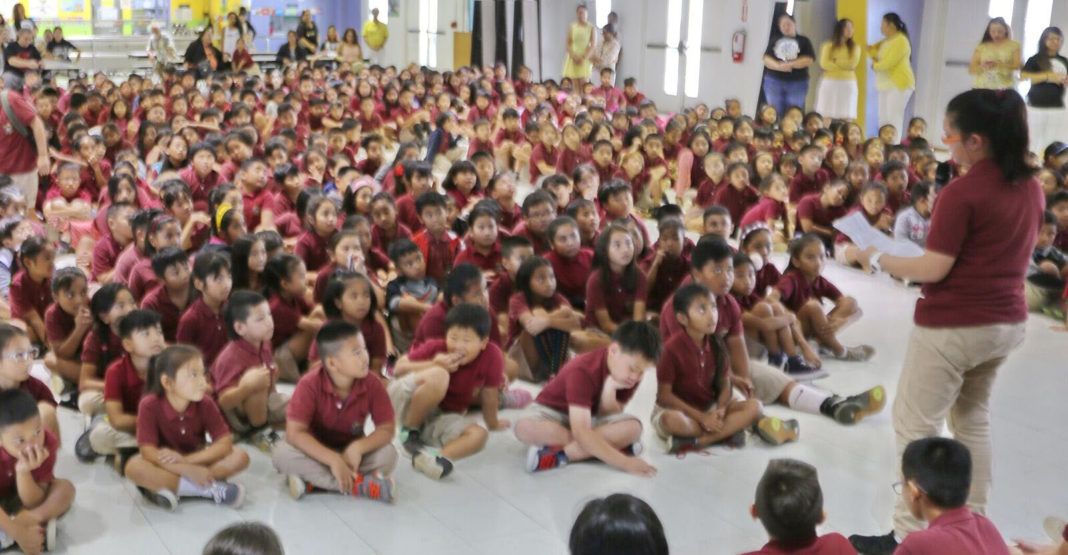 Lyndon B. Johnson (LBJ) Elementary School & Tamuning Elementary School students in Guam, teachers and staff welcomed ICAP representatives once again to celebrate their 2nd year of having a Peace Project Presentation and Peace Symposium which included TED Talks from the 5th graders and sang “Imagine” by John Lennon and “Man in the Mirror” by Michael Jackson. 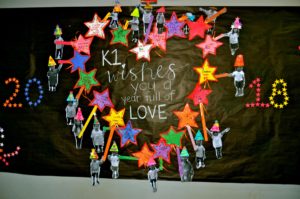 Both schools have a regular educational approach of focusing on ‘project-based learning’.  After students study a topic, they then take action in the form of project efforts to better realize and assimilate the concepts that they have learned. 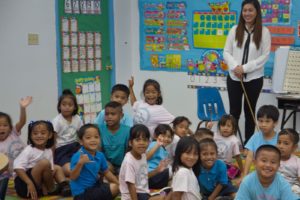 At the culminating Peace Symposium, the ‘TED Talks’ presented by members of the fifth grade class to the entire student body of both schools included the following topics:

To kick off the Peace Project, LBJ & Tamuning Elementary school were able to view the “Ghandi, King, Ikeda Exhibit” that were displayed in their schools. Before the students viewed the exhibit, each teacher gave the classroom a brief history of each man, Mahatma Gandhi, Martin Luther King, Jr. and Daisaku Ikeda and how they contributed to peace in the world.

Principal Carolyn Camacho was asked if having the Peace Project for the second year had made any significant impact on the students, Camacho replied that there have been less fighting incidents in the playground and students are using their words and engaging in dialogue to communicate when they are upset. Camacho also mentioned that it is not just the students who practice peaceful acts, teachers and staff also do the same to promote a peaceful environment and lead by example. 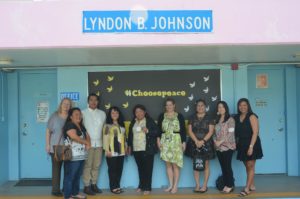 Camacho also commented that having the TED Talks inspires the younger students to look forward to participating in their own TED Talks when they become fifth graders.

A supporter of the Symposium (co-sponsored by International Committee of Artists for Peace) observed that, “The two schools exhibited ICAP’s mission by promoting art, music, creative writing, and sharing their thoughts on significant individuals who stood up for equality, justice, harmony, and peace.”

One audience member stated that she “…was so inspired how the students, teachers, faculty, and staff of LBJ and Tamuning Elementary School through their Peace Project Presentation and TED Talks were able to teach peace, make peace, create peace, and be an example of peace to Guam and the world.”