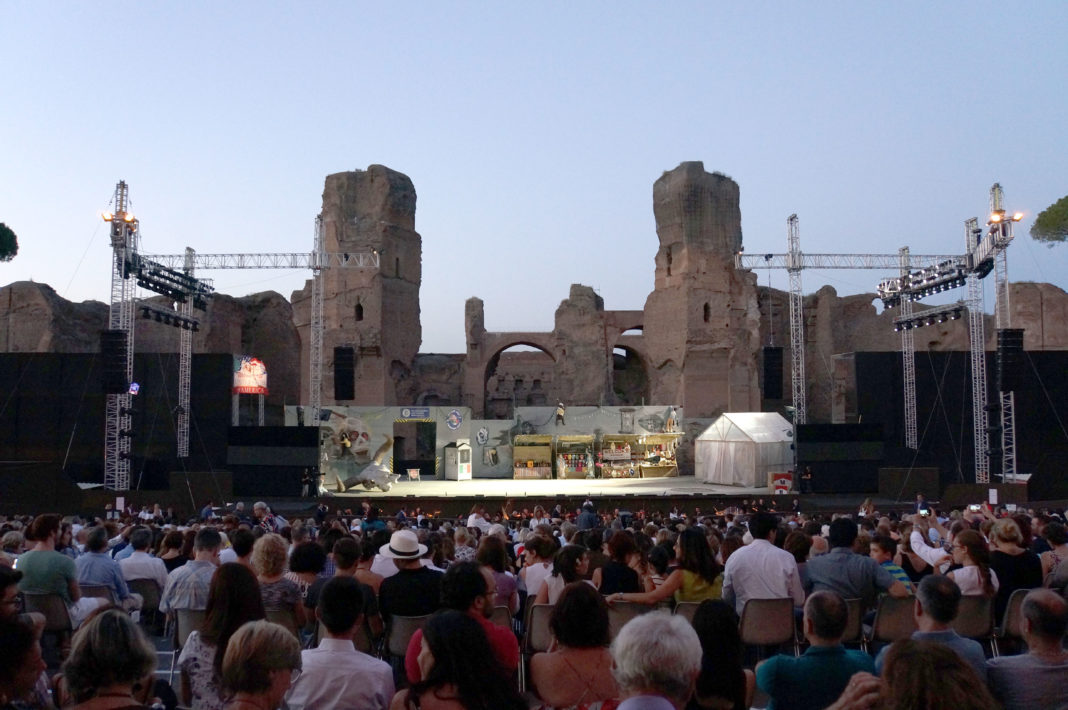 Rome—This great Italian city’s second-largest Roman public baths originated in the year 216. Designated a UNESCO World Heritage Site in 1980, the site of these public baths (called thermae, in Latin) have been a well-known home to operas, ballets and other music concerts since 1937.

An archeological treasure, these baths present a unique theatrical stage. The style was dubbed Antonian after their founder, the 22nd Roman emperor, Caracalla, whose formal name was Marcus Aurelius Severus Antoninus Augustus. The Baths were opened in 216, during his reign, after an idea by his father, Settimio Severo, who conceived of the Baths as a place that could welcome thousands of people all at once.

In 1937, the Teatro dell’Opera was established on the national treasure of a locale that has remained largely intact over the centuries, and the open-air Teatro began presenting a summer season that has become a magnet for visitors from all around the globe.

The first season opened with a production of Gaetano Donizetti’s passionate and emotional Lucia di Lammermoor on August 1, 1937. Maestro Oliviero de Fabritiis, who served for a decade as Teatro’s artistic director, conducted this opening spectacle with Toti Dal Monte and Beniamino Gigli (the most-famous tenor of his generation, and Fabritiis’s longtime collaborator) giving memorable performances in the lead roles.

From a sparse offering of only five evenings in that inaugural year, the Teatro quickly went on to produce nearly 40 performances throughout the entire following summer period. The staging was reconceived and redesigned upon the grounds to expand the seating capacity to 20,000.

A magnificent production of Aida then debuted among the ruins. It has become the opera most frequently performed at Caracalla, prompting a noted Italian writer to propose renaming the arena the “Aideo” for the summer. Nearly 500 performers— singers, chorus, mimes and dancers—were wrangled onto the expansive stage for the initial Aida, to the delight of the thronging patrons. 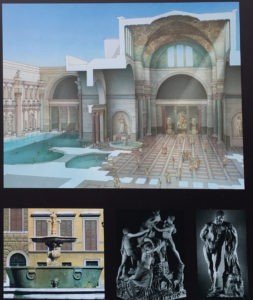 Up through 1993—except for a pause between 1940 and 1945 during which the Baths were given over to support the (Second World War) effort—millions of opera lovers and travelers have enjoyed the splendor of the Baths and the performance stage, which has been graced by the artistry of the greatest stars of opera and ballet, and has seen a vast repertoire of works both classical and contemporary.

Among the numerous events in the history of the Baths as a performance venue was the very first appearance of the “The Three Tenors” (Luciano Pavarotti, Placido Domingo, and José Carreras) in 1990, on the eve of the FIFA World Cup final. The internationally renowned conductor Zubin Mehta took the podium for that auspicious debut.

According to UNESCO Director-General Irina Bokova: “[World Heritage] is . . . a source of energy that is endlessly renewable. It is a foundation of wisdom and knowledge upon which to build a better future . . . It is a dream of humanity united in its great diversity.”