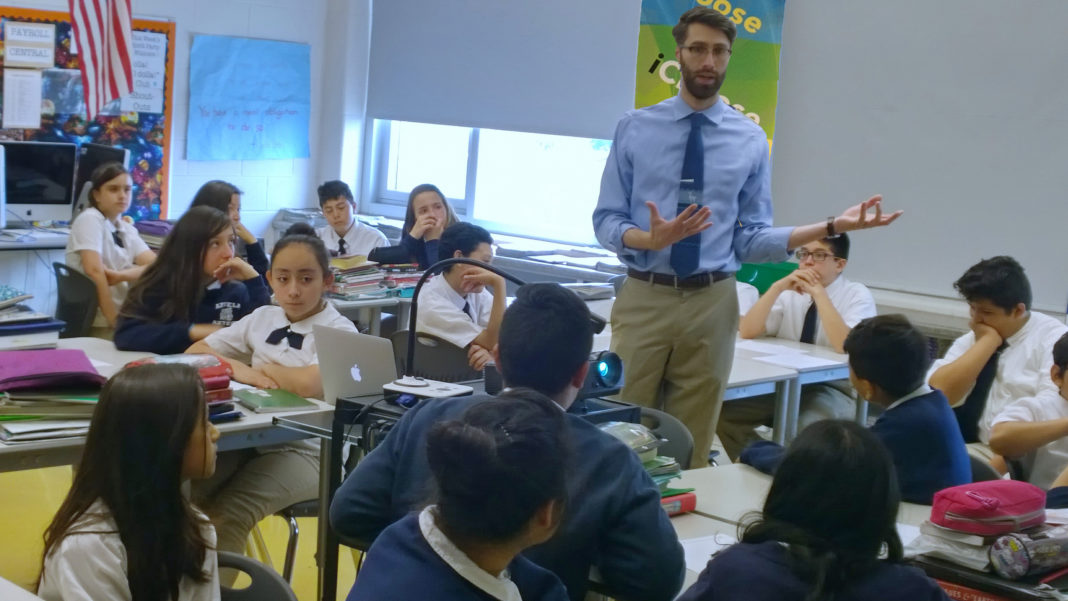 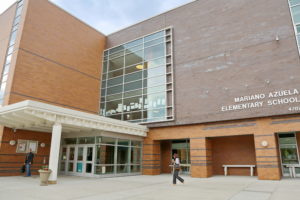 In the first session, thirty students were asked to record their thoughts as they viewed the iChoose video. They then discussed their thoughts in groups of four.  Some students were surprised by the facts about bullying that were presented in the video. Some students were asked to share out their personal experiences. One girl shared that she had been bullied by popular kids, was told that she was ugly. She shared that continued bullying caused her to consider suicide. She also mentioned that because she was a “tomboy” she felt that her parents didn’t accept or agree with her self-expression. She felt isolated from her parents and family. She became withdrawn and felt that she had to carry this huge weight alone.

The students were then asked to consider what it would be like to possess a super power that would allow them to be immune to any negative comments that were directed at them. This question got an interesting response in the first session.

Many of the youth said that they wouldn’t want such a power because it might inhibit their empathy-that having to endure these kinds of hardships would make them stronger and able to relate to others who had experienced those same kinds of suffering. At the end of the session all of the youth recited the iChoose affirmations together. The next two sessions followed the same format. The 2nd session had 32 students, the 3rd with 30 students and both sessions were led by youth facilitators. 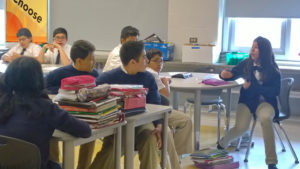 Through tears one young student shared that the emotional hurt of having an alcoholic family member caused her to bully her own brother. Another girl shared that she hated herself and thought that her parents’ divorce was her fault. She also shared that she was also bullied by being called fat.

The youth naturally embraced and supported each other when they became brave enough to share their pain in this group setting.  One brave experience led to another with almost every student sharing. Their hearts bonded and their spirits were elevated. It was felt that they will remember the iChoose work shop as a momentous event in their time at Azuela

During the sessions, the following three points were also shared.

1) Our minds only work in one direction – from the inside out. Many of us may innocently believe that external circumstances, situations, and/or other people determine our experiences, our feeling and our quality of life. When we see these principles for ourselves, we realize that our perceptions, feeling and experiences are generated within our own mind every moment.

2) We have a built-in design well-being, balance and success. Similar to a physical immune system and to the way our bodies know how to heal the wounds and broken bones, we also have an emotional immune system that will bring us back to our always-present happy state.

3) Our life will be more productive, enjoyable and fulfilling, the more deeply we realize points #1 and #2.

I think the iChoose program is wonderful because bringing in media technology and arts allows students to express themselves in a very meaningful way.  In ways that I don’t think they can in just a classroom setting and saying “this is what bullying means”.  Through poetry, writing, and even the art of dialogue – there’s an art form in that as well as theatre and music.  I think that students will be able to not just learn about bullying, and not just to express themselves about bullying or express their thoughts about bullying, but also understanding more deeply to a level where it’s their heart and not just their mind. 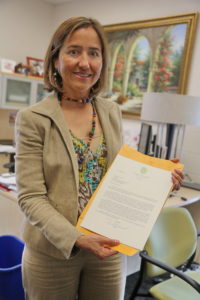 The program is definitely something that allows kids to touch their inner self, inner child and they become aware of those habits of thoughts and perhaps hopefully with… here in the school we have one of our powerful practices called collaborative conversations.  So we use that protocol to converse, to express our feelings, our thoughts, our beliefs. And I believe that iChoose has helped me really solidify that in our school. …

I have heard many positive things about iChoose from the teachers.  It is imperative for anything that happens in the classroom – that the teacher owns, and understands and believes in what they’re doing in that initiative.  So iChoose has definitely filled all the blanks. Just to have kids talk to each other about their emotions, their experiences in a safe place and for them to feel that they’re being heard. You see this is the iChoose activities not just for today. No, we are going to continue. This is a point of reference. This is a starting point. And later on, I would love to have parents be involved with this because if they’re involved, the parents with iChoose, then it will be something that will be sustainable:  at home and in school, and I believe in that relationship. … Again, I’m determined. … Everyone has hope, but when you’re determined this is for the greater good, for peace in the whole wide world.  We live in very hard times so it is my hope and my determination to continue with iChoose.

When I first got into middle school teaching, I knew that I carried with me my own baggage from middle school and I felt like I wanted to help kids through that and share my experience.  And the power of iChoose with these actors sharing their real life experiences inspired my students to do the same. When they found out that they were actually victims of abuse and violence and that they were on stage singing about it and overcoming in that way, they were setting the best example of how to win over violence in a non-violent way. 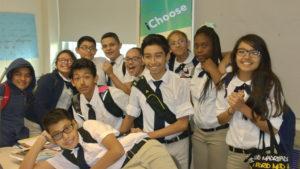 We’ve seen in history that that’s the only way to make a lasting change. The people we remember, that we all know are Gandhi, MLK, Rosa Parks.  I can’t remember any general’s names or what battle they won. That’s because they didn’t make a long term change.  And so, if we are going to idolize anybody, it needs to be these people.  And the kids and myself, need examples of that.  We need to see that it’s been done and that it’s possible and that it’s worth it.

And I just can’t even put into words what an experience it was seeing my students see these examples and become inspired right then and there to make a difference in their own lives and share some of the deepest hurts that they have had and put it out there in front of the entire class. And we were all moved.  It was the most moving experience I’ve had, I think, in the last four years of teaching, which is all my time teaching.

I think the truth is that if I’m honest, It’s been a really long year for me.  I’ve been teaching for four years and it’s really easy to start to believe that your actions and your efforts aren’t enough. The truth is if ICAP had not created iChoose and tried to spread it around the world, that I absolutely would not have done something to this caliber at the end of year.  And I’ve done anti-bullying lessons for the last four years and I’ve created them myself, and my school has already had an anti-bullying week, assemblies, and I haven’t seen anything that has impacted my students like this has.  And I feel grateful to everybody on ICAP.  I don’t know if M Lavin or Herbie Hancock knows the impacts that they’re making but they had to have the hope that if they did something it would make a difference.  I’m guilty of not believing that what I do makes a difference always.  And I think what I learned today is it’s incredibly important to support in this, encourage and remind each other that what we are doing is making a difference, because sometimes we don’t see it right away. So, I’m just very, very thankful.

I think the second important thing is, my students have not been as open as they were today, ever.  And In fact the last class (we did it three times) the last one started off with snickers and kids’ posturing and not really getting into the musical and not sharing out and I was starting to feel like this is going to be the rough one.  And as soon as one student shared out something very personal from their childhood and became emotional over it, other students felt that. And once the second person followed and shared out their own experience, it was just a waterfall – the gates had broken literally and figuratively. There were lot of tears and seeing their friends share out inspired them to do that, and that’s why these things are so important that we have time in school to stop and talk about the pain that we cause each other, especially in middle school. It makes students aware of this cause knowledge really is power.  They heard a lot of different things today and they have a lot more knowledge.  And I really feel confident that when I send these kids off at the end of the year that they are going to go off and do good things and carry this experience with them.  And I think everybody should experience this.

ICAP would like to thank Eric Sarb, Marcus Dunleavy and Carmen Navarro for their generous support and efforts to make this iChoose event a success.