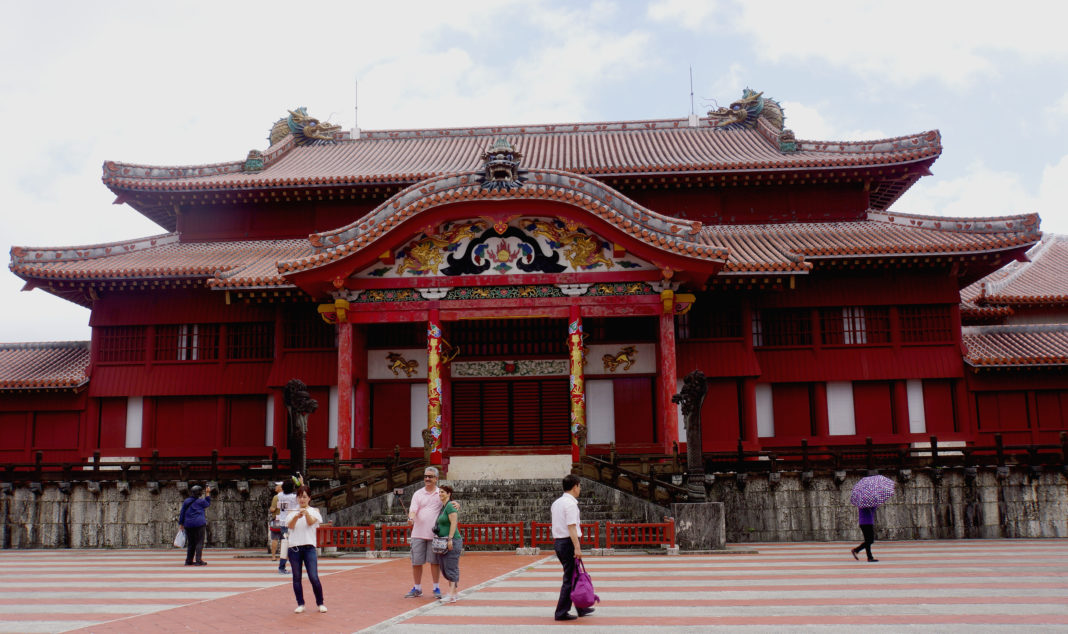 When Shuri Castle—a historical Ryukyu Kingdom jewel believed to have been constructed in the late 14th century—was destroyed during the 1945 Battle of Okinawa, islanders could hardly have envisioned its reappearance. But, beginning in 1992, it was restored on its original site, to its original specifications, through painstaking efforts and the employing of historical records, photographs and personal memories. 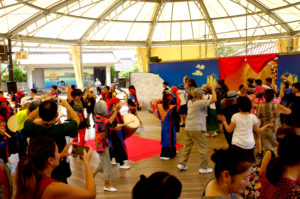 Today, Shuri Castle is a UNESCO World Heritage Site, having been designated in 2000 along with four other castles and related locations. Each October, Shuri Castle hosts a three-day festival featuring Ryukyu dance performances and re-creation of an historic Ryukyu King Coronation Ceremony as conducted by Chinese envoys.

Shuri, the most important castle of the Ryukyu Kingdom—which served as both as the central government office and royal residence—is the only castle in Okinawa to have been reconstructed. The other castles remain in ruins. Shuri Castle shows the influence of ancient Japanese as well as Chinese architecture.

Okinawa has a rich legacy in the performing arts. Not only have musicians and other artists from Okinawa garnered much attention in the modern era, but there is also a lengthy and notable history of music, traditional dance (buyo), and traditional narrative dance (kumiodori). 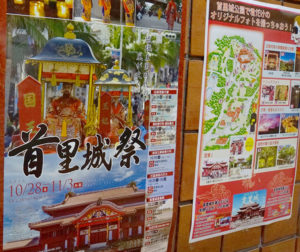 In addition, Okinawa has a variety of historical crafts including bingata, a native art form of stencil-dyed fabrics characterized by bold patterns and brilliant colors, lacquerware, and earthenware. Many of these crafts were developed during the Ryukyu Dynasty through cultural exchanges with China, Japan (Okinawa became a part of Japan in 1879), and other countries. Despite the various international influences, Okinawa has managed to develop a distinct aesthetic beauty of its own.

A bevy of festivals mark every season on Okinawa. Ranging in variety, these seasonal celebrations include festivals for welcoming the spirits of ancestors, festivals to invite a bountiful harvest and abundant fish catches, and festivals to ward off plagues. While Okinawans cherish these long-standing traditions, new festivals—such as the All-Okinawa Eisa Festival and the Ryukyu Kingdom Royal Procession—have also been created in order to commemorate Okinawan history, culture and traditional performing arts. 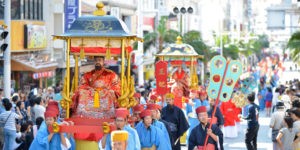 The island of Okinawa d of Okinawa is one of the world’s capitals of human longevity. The long lives of Okinawans is bolstered by the island’s warm climate; the kind, helpful and cooperative personalities of the locals, which results in a widespread spirit of yumaru (helping one another);; and the traditional diet. The idea of “healthy diet, healthy body,” influenced by cultural exchanges with China, has become prevalent in Okinawan culture. 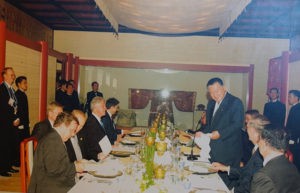 In July 2000, the 26th G8 summit was held in Okinawa’s Nago City. A celebratory banquet was hosted by Japanese Prime Minister Yoshiro Mori at Shuri Castle. Highlighting the events surrounding the banquet were a traditional arts performance and an ancient-style hatagashira parade presented at the Shicha-nu-Una, or lower courtyard of the castle grounds. Hatagashira are banners representing various Okinawa communities, and each sporting a specific motif. These banners are used in tug-of-war events. This particular parade replicated processions that took place when the ancient Ryukyu king visited temples and shrines, and it featured performers in traditional costumes, who delighted the G8 leaders with their warm welcomes.

A classical yotsudake (bamboo castanets) dance was performed in the Una courtyard. Dressed in bingata costumes and floral headdresses, the dancers clicked the yotsudake as they danced.

Exclusive treasures of the Ryukyuan royal family were on display in the Hokuden. The guests experienced first-hand the unique culture of the Ryukyu Kingdom as they viewed the crown, costume, sword, belt and shoes once worn by the king—a gorgeous exhibition possible only at Shuri Castle.