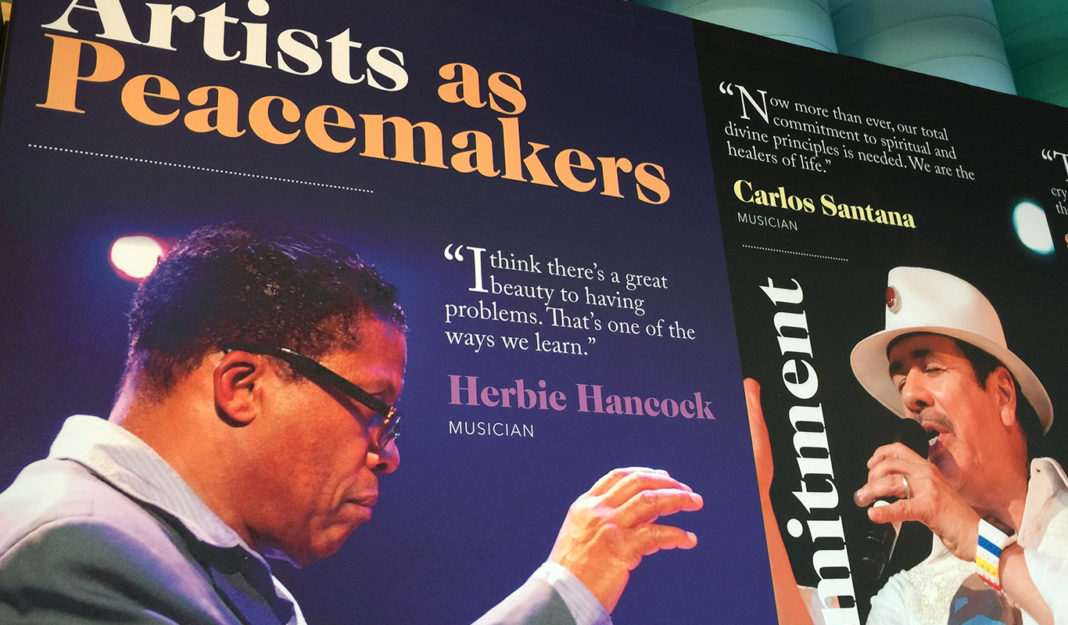 ICAP presented the latest iteration of its exhibition “Artists as Peacemakers” at Stravinski Auditorium, a major venue at the 49th Montreux Jazz Festival. On display July 3–18, this year’s version of the exhibit once again highlighted ICAP’s core value, establishing a peaceful world through the power of the arts. Each year, the ICAP exhibits at the MJF expand the worldwide audience for ICAP’s message of peace. And the signature feature of the exhibit, the statements of some of the world’s greatest music artists, suggests to concertgoers that the creation of peace may just be the most important art of all.

Today, the renowned Montreux festival is the second largest jazz festival in the world, attracting an audience of more than 200,000 people each year.

ICAP has been presenting annual exhibitions at the MJF since 2004, when it formed a major partnership with the Festival. In addition to the exhibitions, ICAP has sponsored many workshops at the Festival on themes related to peace and culture, and it continues to bestow worthy individuals with its “Humanity in the Arts” peace award.

The exhibition’s featured artists and personal statements include the following: