Home Uncategorized Athletic thrills and the spirit of global harmony on display at the... 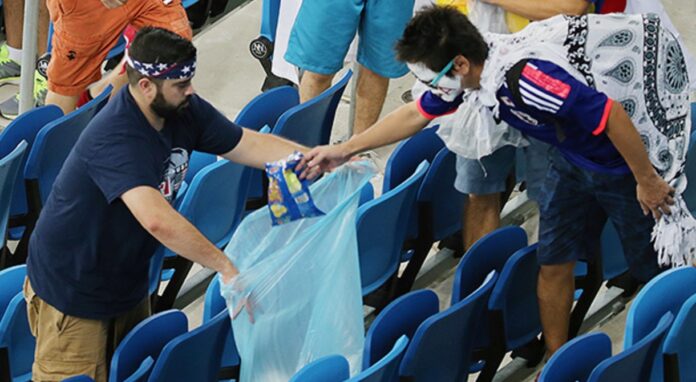 The 2022 World Cup, held in Qatar, has just concluded with an exciting match between Argentina and defending champions, France. Argentina emerged triumphant, winning their third Cup in six final appearances.

There were many thrills for fans of what most of the world refers to primarily as “football.” For example, French fans of their nation’s top-tier Ligue 1 were especially delighted to see superstar teammates of Paris Saint-Germain – Lionel Messi (from Argentina) and Kylian Mbappé (from France) – face off against one another representing their respective nations.

Although the lead-up to the tournament had been the catalyst for many controversies, it also frequently proved to be a shining example of international harmony and cooperation.

One of the standout moments of the tournament was the behavior of Japanese fans, who became known for their diligent efforts to clean up after themselves and leave the stadium in immaculate condition.

The Japanese team, known as the “Samurai Blue,” made it all the way to the quarterfinals, where they were eventually eliminated by Croatia. Yet it was the actions by their fans off the pitch that truly impressed spectators and organizers alike. At every match, Japanese fans could be seen picking up any trash that they or their fellow supporters had left behind, placing it in designated bins or taking it with them when they left the stadium.

The actions of the fans, in fact, were mirrored by the team, who tidied up the locker room after each of their matches and reportedly even left thank-you notes in both Japanese and Arabic.

The Japanese approach to cleanliness and respect for their surroundings was acknowledged by World Cup organizers and local Qatari authorities, who praised the country’s Omotenashi culture of hospitality and selfless service.

ICAP co-president Herbie Hancock echoed the global sentiment, saying: “It was a small but powerful act of kindness, and it shows how even a small act can mushroom into a new spirit of kindness.” And, in fact, fans from other nations were soon inspired to follow suit and clean up their own respective areas.

Throughout the tournament, there were many glimpses of international unity as fans of a multitude of nations were seen celebrating with one another their love of football and embrace the spirit of fair play.

The 2022 World Cup will be remembered for many things. There are still challenges to be met in furthering to deepen the roots of peace and global harmony. At the same time, this year’s event also showcased the positive impact that sports can have on bringing people from different backgrounds and cultures together.