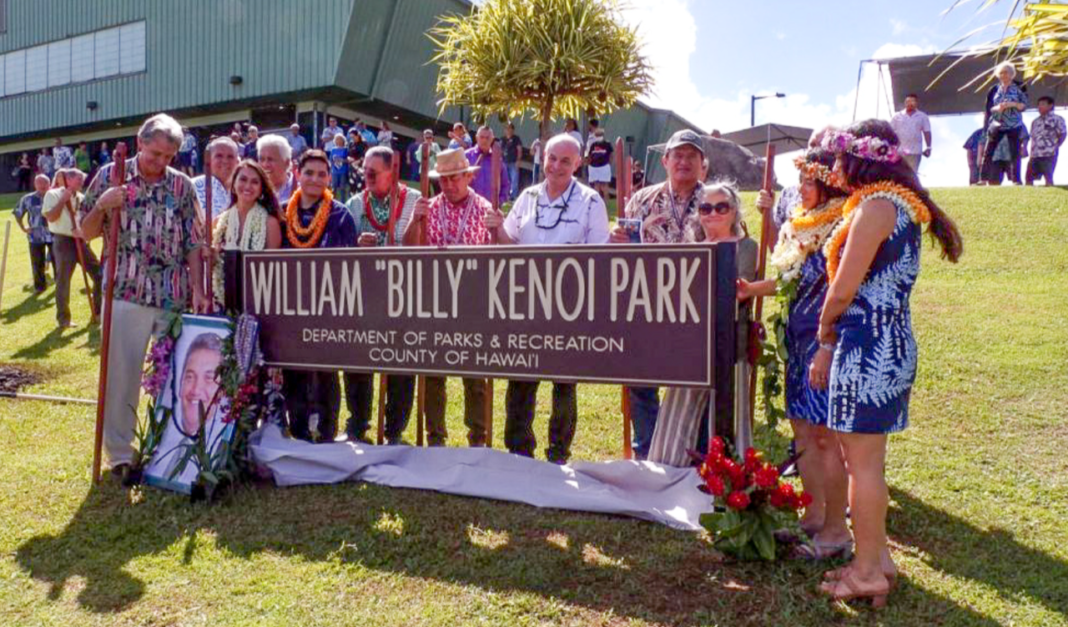 Among the cherished goals of ICAP is the ongoing expansion of global friendships as a golden pathway to peace.

And the friendship with Billy Kenoi, former mayor of Hawaii County, who established the Annual Hilo World Peace Festival on Hawaii’s Big Island, was a treasure.

Mr. Kenoi, who died in January 2021, at the way-too-young age of 52, from a rare illness, was a shining example of exactly that type of friendship.

On Nov. 9, the County renamed its Pāhoa District Park in his honor. It is now known as William “Billy” Kenoi Park. Fitting for many reasons, especially since he had been instrumental in the park’s construction, which at one point was halted because of the 2014 lava flow from Kilauea. And after the volcano erupted in 2018, the park became a temporary home to many who had to leave their own dwellings.

In 2010, then-Mayor Kenoi became the driving force behind the Annual Hilo World Peace Festival, which he initiated after learning about the ICAP’s mission statement which is to create peace through the transformative power of arts.

Each year, the Festival has provided a platform for the local and world community to come together in the spirit of aloha and in celebration of peace. Thousands of performers and cultural presenters have delighted and informed tens of thousands of Festival visitors over the many years.

The yearly event successfully fostered a collaborative partnership among community organizations, private enterprise, and government working toward a common goal: promoting the spirit of Aloha, the universal language of love.

While working diligently during his time in office (2008–16) to develop and enhance County parks around the island, Mr. Kenoi touched the hearts of the people whom he served as mayor, as well as others in state and Congressional leadership.

For example, in a statement read at the dedication ceremony, U.S. Congressman Kai Kahele called Mr. Kenoi a dear friend, who always had a positive outlook, and stated:

“Throughout his life, and especially as a leader of the people, Billy always had the attitude that anything is possible . . . He knew how to make anyone feel special, through his inspiring words he was able to touch the hearts of others, and in doing so, often created positive change in the community where needed.”

The congressman also said that Mr. Kenoi always exemplified humility and that he was a leader by example. The important focus of his leadership was to protect and preserve the Big Island for future generations.

Perhaps the most fitting tribute to the former mayor came in the words of his daughter, Mahina Kenoi, who said her father’s determination (in his work to improve the County’s parks) was to make sure the island’s children had safe havens because keiki (Hawaiian for “children”) who are engaged and healthy have happy and healthy families.

“He loved his community and loved putting smiles on everyone’s faces,” she said.