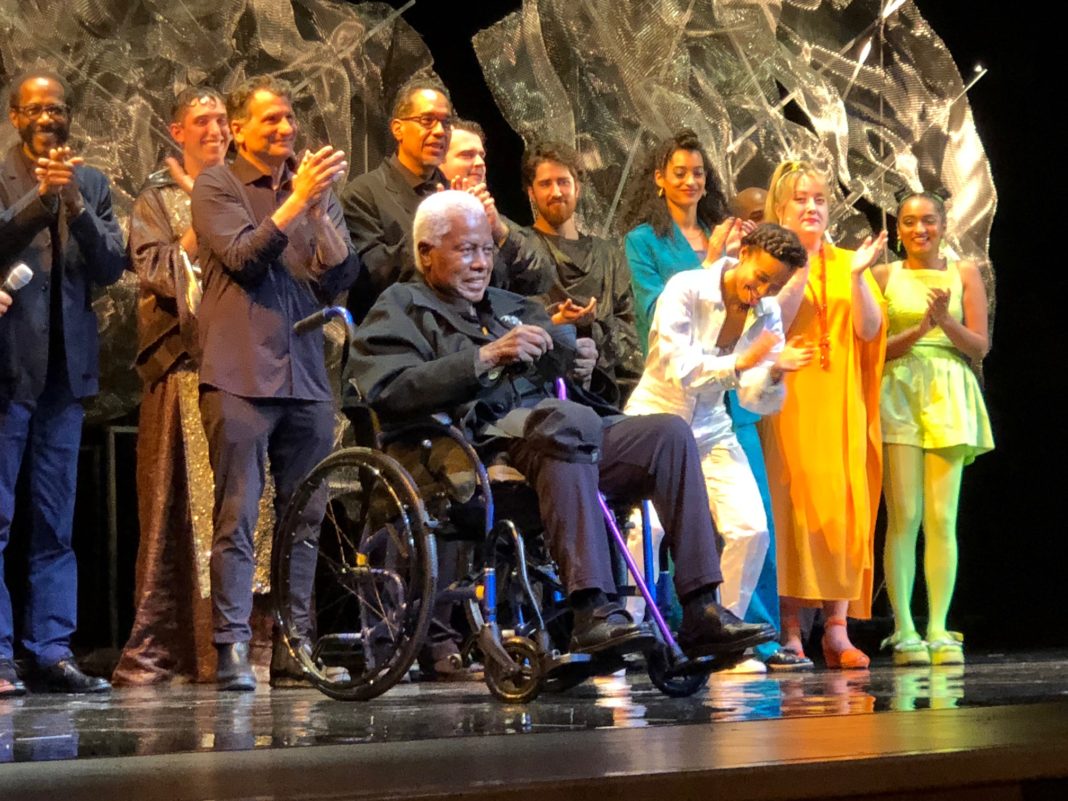 The sound of her cry pierces the centuries, expressing the trauma of women, whose roles within humanity are essential, but whose lives have often been reduced to being objects to meet the demands and foibles of men.

Iphigenia, daughter of Agamemnon and Clytemnestra, according to popular versions of the ancient Greek myth, is sacrificed in order to atone for a mistake made by her father.

But a transformation of this ancient tale, presented as a brand-new jazz opera created by esperanza spalding (lowercase intentional) and Wayne Shorter, gives us a different take on Iphigenia’s fate. In the appropriately titled Iphigenia, antiquity, it seems, has met the present moment.

The seeds of this current production, however, were planted as a glimmer in Mr. Shorter’s mind in the late 1950s. It found new life about eight years ago after a conversation he had with Ms. spalding, who encouraged him to finish it.

The long-awaited initial public performances of Iphigenia, which began in November 2021 in Boston and a few other venues on the east coast, culminated in a weekend stint at The Broad Stage in Santa Monica, California, Feb. 18–19.

Ms. spalding, the jazz bassist/singer/composer, wrote the libretto and performed as one of the several versions of the title character; and the music was composed by Mr. Shorter. World-renowned architect Frank Gehry, a Santa Monica native, provided the striking set design for this unique production, which was directed by Lileana Blain-Cruz 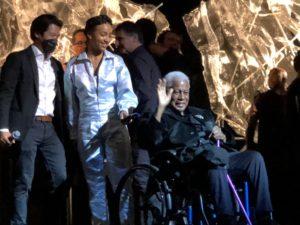 Expanding on the core themes of this project, Ms. spalding said:

“Our Iphigenia has at its core a sense of autonomy. In this adventure of life, you have freedom of choice. All cards are on the table and Iphigenia gets to choose, free of everything. Through her example, we can learn how to take a creative approach to everything, using the power of spontaneous engagement. The overarching sentiment is one of humanistic love, of wanting to re-awaken the dreams of youth free of the pressures of adulthood.”

Among other notables participating in the creation of Iphigenia are the current (and first Native American) U.S. poet laureate, Joy Harjo, who contributed additional text; composer Caroline Shaw, who had a hand in the rich vocal arrangements; conductor Clark Rundell, who supplied additional orchestrations for the pit orchestra; and, playing onstage, a jazz trio made up of Mr. Shorter’s frequent collaborators – Danilo Pérez (piano), John Patitucci (bass) and Brian Blade (drums).

Perhaps more than almost any other art form, jazz is rooted in the present moment. So the combination of genres in this Iphigenia brings the here and now of jazz to one of music’s earliest forms.

After the Feb. 18 performance, Herbie Hancock, echoing Ms. spalding’s comment on “the power of spontaneous engagement,” remarked that he had seen a few performances of Iphigenia in different locales, and that it was different every time. He explained that becoming comfortable with the discomfort of the unknown present is one of the prime virtues of the artform of jazz.

Perhaps the hidden message behind the important themes of Iphigenia lies in how it speaks to the sheer joy of creativity, of bringing something new into the world. That message was best expressed by Mr. Shorter, who joined the cast onstage after the Santa Monica opening night performance and recounted for the packed house:

“All day, in the summertime, with no school, when our parents would be out shopping or working, we would be with all these kids making up things, playing all day. And when the parents came home and said, ‘What were you kids doing?’ And we would say, ‘Oh, nothing.’ And that nothing is what I’m trying to regain, keep, and go forward with.”