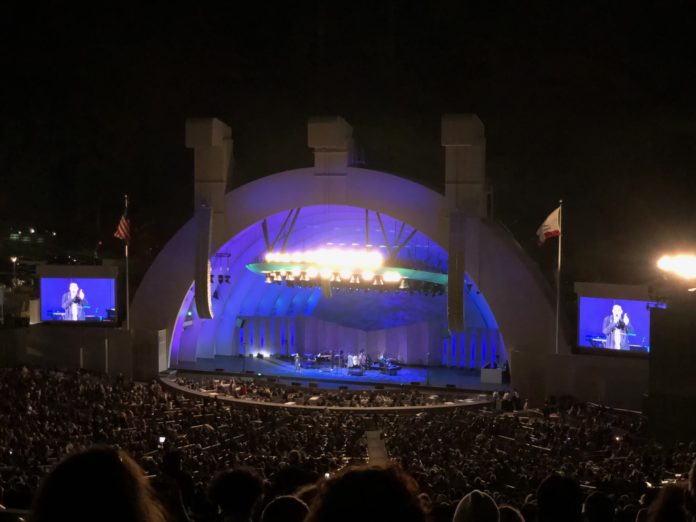 As a recent article in DownBeat magazine — the veritable jazz publication of record — said of Herbie Hancock, he is “a musician of multitudes.” Herbie’s career, spanning a remarkable seven decades, has been a vehicle for presenting a multitude of versatility, innovation, and youthful energy. 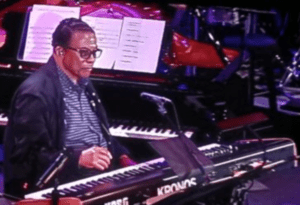 All three of those themes were certainly on display on Sept. 26, at the historic Hollywood Bowl in Los Angeles, as Herbie brought to conclusion his latest national tour with his vivacious young touring bandmates: Lionel Loueke (guitar), James Genus (bass), Elena Pinderhughes (flute, vocals), and Justin Tyson (drums).

Their set-opening “Overture” wove together many of Herbie’s signature themes. Songs from various periods of his musical exploration and evolution followed — including “Cantaloupe Island,” “Actual Proof” and “Come Running to Me” — with Herbie wielding a variety of instruments: grand piano, electronic keyboards, a vocoder, and a strapped-on “keytar.”

All throughout his career, he has been devoted to ushering in the future of jazz, often through deep dives into new musical forms, aided by the latest technology, and frequently through introducing and collaborating with an ever-flowing stream of younger musicians. Toward that end, he continues to serve as Institute Chairman of the Herbie Hancock Institute of Jazz, a leading global organization dedicated to development of the art form through performance and education. 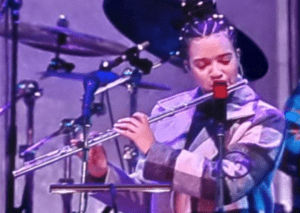 Consistent with his intention to develop succeeding generations, the band was joined at the Bowl by the youthful French jazz/hip hop duo DOMi & JD Beck for an update of the major hit from Herbie’s Headhunters period, “Chameleon.”

Perhaps the sweetest highlight of the night came when Herbie and the band paused to do a musical birthday greeting to Herbie’s wife of 53 years, Gigi, with his grandson Dru sitting on his lap. Dru, an apparent musical “innovator” in his own right, added some unexpected accompaniment. 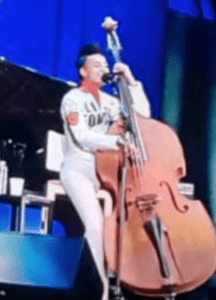 The evening’s opening act, Esperanza Spalding, was also a vivid exhibition of youth and versatility. She is a highly accomplished bassist and remarkable vocalist. Joining her was Argentine pianist Leo Genovese, who wowed the crowd on soprano sax and accordion as well. The massively talented Ms. Spalding shares a strong connection with ICAP: she is currently developing an opera, based on the Greek mythology tale Iphigenia, together with ICAP’s other co-president, Wayne Shorter, and world-renowned architect Frank Gehry.