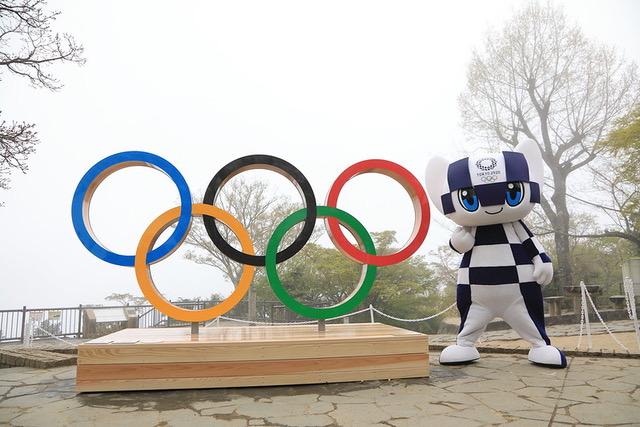 “Olympism is a philosophy of life, exalting and combining in a balanced whole the qualities of body, will and mind. Blending sport with culture and education, Olympism seeks to create a way of life . . .” 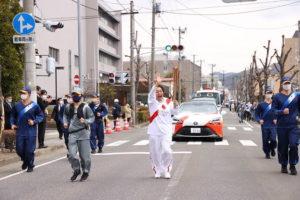 The recently concluded Tokyo 2020 Olympic Games, followed by the Paralympics, were, on so many levels, a testament to the human spirit. Among the many triumphs, of course, are the mere fact that the events were able to take place amid the ongoing world disruption because of COVID-19.

While the major sporting accomplishments, and numerous heartwarming human-interest stories have been deservedly celebrated all over major media outlets, there is one perhaps under-reported aspect of the most recent Games that has particular resonance with ICAP’s values of employing the transformative power of art to build a culture of peace: the tremendous efforts to carry out the Games with minimal environmental impact.

Emblematic of this vital mission was the artistic intention that went into the creation of the medals that were awarded to the athletic competitors. For both the Olympics and the Paralympics, the medals were fashioned mostly from recycled e-waste, including some six million parts gleaned from re-purposed mobile phones. 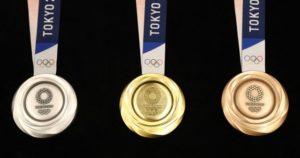 For some two years prior to the Games, the “Tokyo Medal Project,” a brainchild of the organizing committee, was initiated to reclaim resources, including otherwise-consumed-forever amounts of gold and silver used in the manufacture of countless electronic devices which later “vanish” permanently as these devices are ultimately discarded.

Almost every Japanese city, town, and village—as well as organizations, schools, businesses, and private citizens—participated in a massive effort to gather enough raw materials to produce the 5,000 Olympic medals of gold, silver and bronze. As an interesting note, the gold recovered itself is valued at approximately $2 million USD. 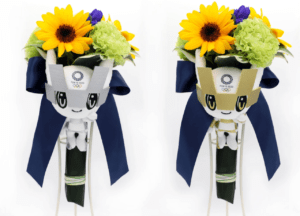 The heart-rending story continues in the tale of what each medalist received in addition to his or her medal—a small Victory Bouquet of yellow, green, and purple flowers, which carried a great deal of symbolism, and took years of planning and execution to get ready for the Games.

The bouquets essentially represented Japan’s rising from the catastrophic 2011 earthquake and tsunami, which swept away homes and entire areas, and sadly left nearly 20,000 people dead or missing. The flowers of the Victory Bouquets were grown mostly in three prefectures that were hardest hit by the disaster.

From Fukushima, where the tsunami killed thousands and severely damaged a nuclear reactor, which caused thousands more to permanently evacuate from the area, came the green Eustoma flowers. The flowers were the product of a recent agricultural project in Fukushima that was initiated to help restart the economy in that area, since radiation ruined the edibility of the vegetables that had been grown there.

The prominent sunflowers were from Miyagi, where the tsunami also killed many thousands. The flowers were largely grown from seeds planted by parents remembering their children who had been lost in the disaster. The work of expert cultivators was require to produce sunflowers of the small size required for the bouquets.

The purple gentians came from Iwate, another coastal prefecture ravaged by the enormous waves.

The base of the Victory Bouquet was a mini-version of Miraitowa, the cartoon Olympic mascot, whose name is a combination of the Japanese words mirai (future) and towa (eternity). Special care went into the arrangement so that the bouquets would look beautiful no matter at what angle an athlete would hold his or her flower award.

The intention to make the Olympic and Paralympic Games as sustainable as possible could be seen in such details as the Olympic torches being made from recycled construction waste accumulated from the temporary housing used for victims of the 2011 Great East Japan earthquake and tsunami. And, perhaps most important, the lion’s share of 2020 Olympic venues were already-existing facilities, including many that had hosted events in the Tokyo 1964 Olympics.

Ms. Yuki Arata, the Tokyo Games senior director of sustainability, said in a series of statements: “From the outset, [we] been dedicated to leveraging the opportunities provided by hosting the Olympic and Paralympic Games to help build a more sustainable society . . . We hope that the approach we are taking for these Olympics . . . will remain in (people’s) minds as a good memory of these Olympics to be passed on to the next generation.”

Photos courtesy of the Olympic Games