Despite her success as a performer and as an honor student, Ellie Smith was a victim of continuous bullying in school from grades 4 through 8—rejection, isolation, ridicule, ostracism and all forms of social bullying. There were even a few instances of physical intimidation. It made such a deep impression upon Ellie, that by the time she entered high school, she had become determined to help other young students who may be experiencing bullying tactics at school. Vowing to “make my mess my message,” Ellie Smith created an anti-bullying campaign based upon her own past experiences and already has touched the lives of tens of thousands of students. 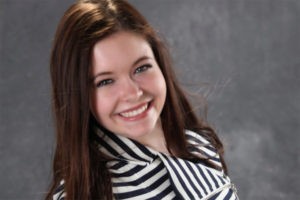 Just 15, and already an accomplished singer and actress who has performed with artists like Tony Bennett, David Foster, Donny & Marie, and Kelly Clarkson, among many others, Ellie has employed her musical and theatrical talents in service of her anti-bullying message. Her first music video, featuring her original pop song, “Don’t Let It Get to You!” is a 3-minute vignette that takes place in a school setting and depicts the everyday bullying situations that students are subjected to all across the nation.

In the video, Ellie portrays a middle-school-age student, who makes a couple of futile attempts to fit in and befriend the “in kids,” who clearly (and painfully) reject her on the basis of her appearance. Finally, Ellie decides to ignore their behavior and go ahead and be herself. As a result of her subtle courage, she becomes a happier person. The song, appropriately titled “Don’t Let It Get to You,” is designed to strike a chord with students nationwide, as so many have experienced the same kind of rejection and exclusion. The solution is clear: “You win by being yourself!”

Since September 2011, Ellie has presented her “Don’t Let It Get to You” campaign to more than 50 schools, and has spoken directly to more than 30,000 students. It is Ellie’s goal that, through her message, every student can develop a stronger self-image and sense of self-esteem—the primary defenses against being vulnerable to bullying.