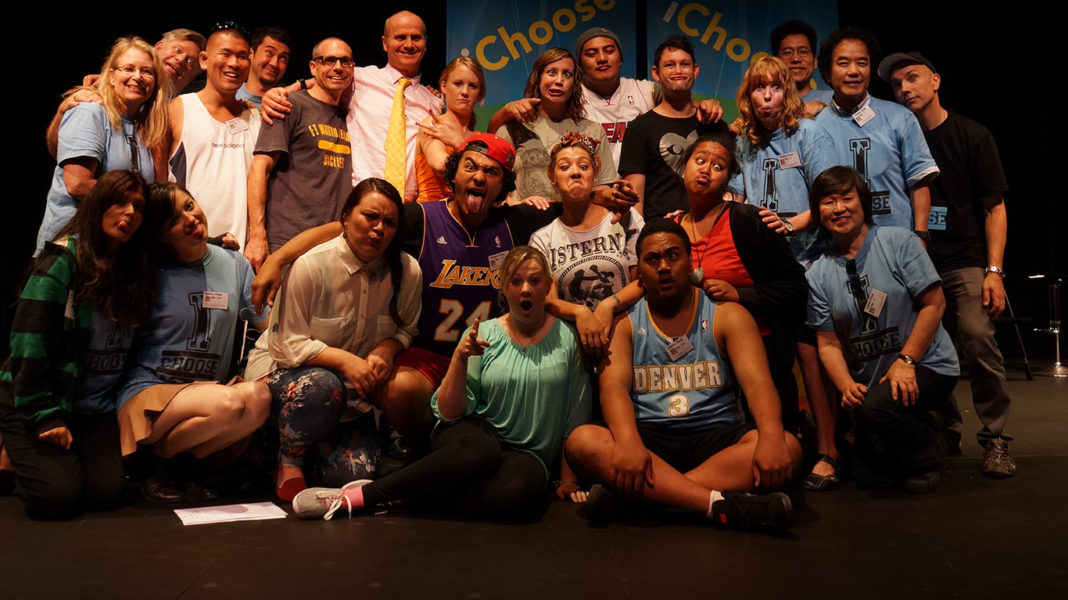 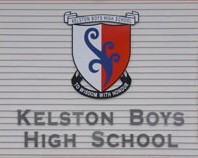 For the final leg of the iChoose Auckland, New Zealand tour, iChoose cast and staff joined the crowd of 450 (K9, K10) students at Kelston Boys High School on March 1.

Kelston Boys’ High School (“KBHS”) is an all-boys state secondary school in Kelston, a suburb in the Waitakere region of Auckland, New Zealand. Created in 1963, the school has consistently had strong Rugby teams in the top Auckland division.

After another well-received performance, Bronwyn Turei, iChoose cast member and discussion coordinator, and a New Zealand actress/singer engaged the students in the discussion, just as she’d done earlier at every school.

When Miss Turei asked all those who had witnessed, been victimized by, or had engaged in bullying raise hands. Many dared and were asked if they would share their story. 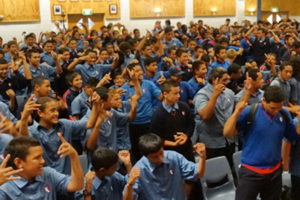 Right after the performance and dialogue session, the boys of Kelston Boys High School performed Haka of appreciation for the performance of iChoose, which touched all the cast and staff of the iChoose production.

Scoop editor Alastair Thomson, who visited to cover the story said, “I went to the pen-ultimate performance of the first season of iChoose in New Zealand at Kelston Boys High School. The year 10s arrived first – and then the year 9s. And everybody is told it was going to be cool, and to chill, by the boss teacher.

“This play is about how passive violence attacks our peace – it is 20 minutes long and it is relevant to all of us. It has made me think about my use of passive violence – and how the people I like the most are pretty much without exception gentle. And how it is the gentleness in them that I love the most. And how I would like to be more like them. I choose to strive to stop using passive violence. And I chose to iChoose in the highest possible manner.”

Phillip Woodhall-Martin, Dean of Year 9 at Kelston Boys High School commented: “Having farewelled the ‘Victory over Violence’ exhibition late this afternoon, I feel it is opportune to offer sincere congratulations to the ICAP team for what they have done in the past month. I am hopeful that you have initiated due consideration among your audiences of the means by which our young people can understand why any form of violence is unacceptable in NZ society today.”
iChoose next visited an afternoon class at Epsom Girls Grammar School, a state secondary school for girls ranging from years 9 to 13 in Auckland, New Zealand. It had a roll of 2,200 as of 2012, including a number of boarders who live in nearby Epsom House, making it one of the largest schools in New Zealand.

More than 250 students and teachers at the Epsom Girls Grammar School attended the iChoose presentation at their school auditorium.

iChoose staff and a recent graduate of the Episom Grammar School shared her story of being bullied and overcoming. She encouraged the girls that everyone goes through the difficulty and to please help each other.

With the Epsom visit, the iChoose program wrapped up its Auckland, New Zealand tour, having presented ten performances at ten schools. ICAP and the iChoose production team convey their deepest gratitude to the entire city of Auckland, and especially to the students and faculty members who welcomed them with sincerity and open hearts. 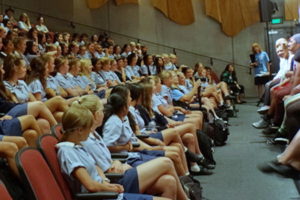 The schools visited were: