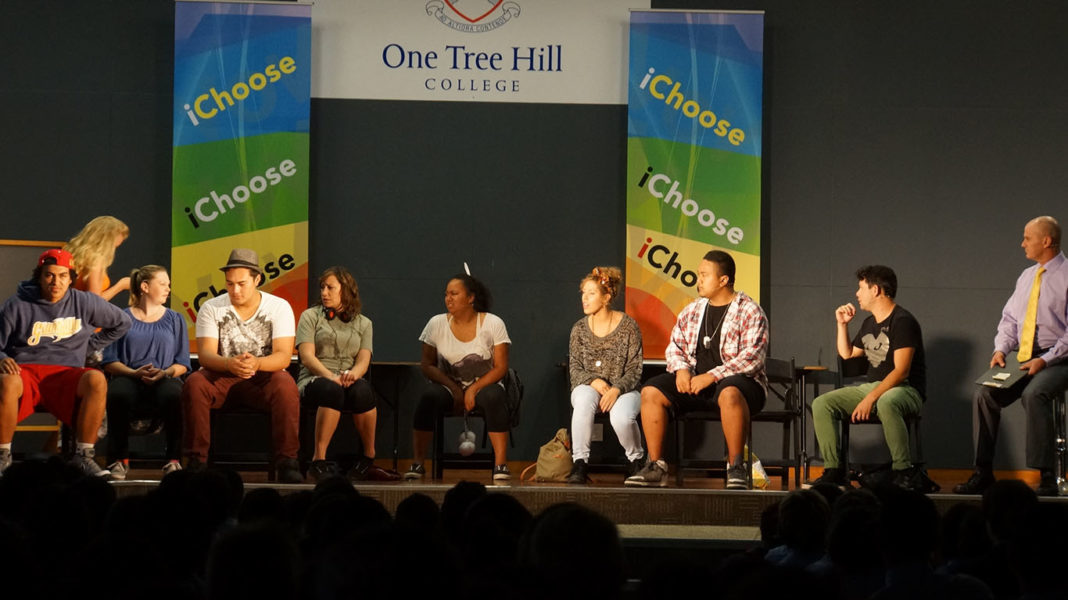 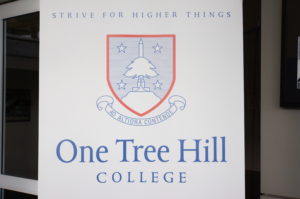 The empowering message of iChoose made its impact felt this morning at One Tree Hill College in the Auckland suburb of Penrose. One Tree Hill is a co-educational, secondary school that takes its name from a local historical landmark where stands an obelisk above the grave of Sir John Logan Campbell (1817â€“1912), â€œthe father of modern Auckland.â€

As the iChoose program began, 350 students quickly became engaged in the action and dialogue, lending strong vocal support for and reactions to the iChoose stance against bullying as well as its vital theme of respect of self and others. 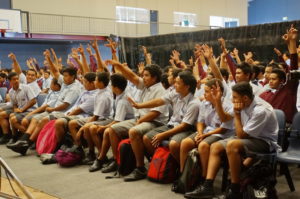 Prior to the performance, school counselors and teachers used the assembly as an opportunity to make students aware that they have resources in both the school staff as well as in their fellow students to deal with issues related to bullying and violence they may encounter in their environment. During the show, the students were asked to raise their hands if they had ever been the victim of racism (a form of passive violence). To what seemed everyoneâ€™s great surprise, almost all the students simultaneously raised their hands, a poignant demonstration that no one group is immune to racism.

Among the One Tree Hill College students who viewed todayâ€™s iChoose program, the following comments were heard: 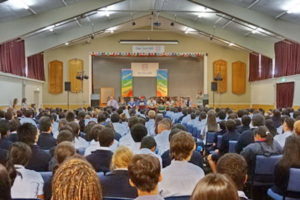 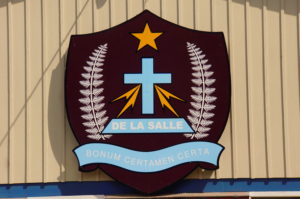 Later in the day, the iChoose team traveled over to Aucklandâ€™s De La Salle College. De La Salle is a Catholic boys high school that strives to cultivate each student to graduate as â€œa man of faith, of community, of excellence, and of service.â€ The school takes its name from St. John Baptist De la Salle (1651â€“1719), a recognized pioneer in the history of Western education who introduced the concept of teaching students in age-classes and groups as well as insisting that students be taught in their native language.

De La Salle was a site of particular significance to some of the iChoose cast members, as they are former students. The performance here, then, provided a convenient and welcome opportunity for the younger family members of these alumni to attend. Exuberantly engaged throughout the performance, the De La Salle audience was profoundly moved when cast members offered heartfelt encouragement to friends, family, and brothers of their alma mater to empower them to more properly respond to both passive and active violence. 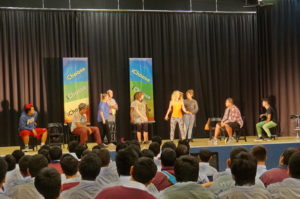