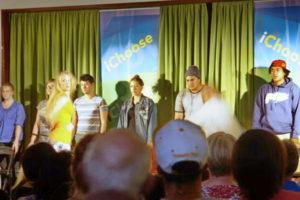 Under the direction of Lisa Brickell, the multiethnic cast of iChoose wowed the 210-strong audience at a dress rehearsal held at New Zealand Culture Centre in Ellerslie, Auckland, on Saturday, February 23.

Finishing touches were being put on ahead of the iChoose program rollout to ten Auckland high schools the following week. Audience members included Labour Member of Parliament for Mangere Su’a William Sio and his teenage daughter, Dale Ferris (National Network for Stopping Violence), Johnnie Black and Christina Barruel from the Peace Foundation; teachers and students from Albany Senior High School, Kelston Boys High School, Waiuku College and Epsom Girls’ Grammar School; parents and friends of the cast; and members of the community. 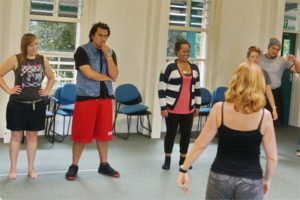 Using music and drama and a classroom setting to depict the many forms of bullying and passive violence kids may encounter, the powerful 20-minute performance highlighted issues facing young Kiwis like physical abuse, binge eating, racism, cyber-bullying and suicide. The audience was largely moved to tears and gave the performers a standing ovation.

During the discussion forum that took place after the performance, the audience discovered that the characters and stories that had been depicted were based on the cast members’ own personal experiences of not fitting in, of being different and of coping with verbal abuse both externally and internally. Attendees posed questions about topics such as what respect means to youth, what is meant by passive violence, and the difference between arrogance and respect.

At the end of the discussion, representatives from the police, the Peace Foundation and other anti-violence groups expressed interest in collaborating with ICAP to promote the anti-bullying program. Two additional schools also signed up to host the iChoose program.

What the audience said 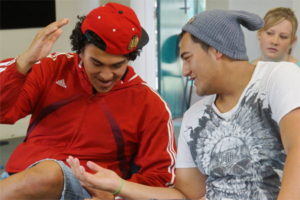 “A very powerful way to ‘touch’ young people. It was an authentic approach through music, dance, song, drama—mediums the young people love! What I learned was that each character was telling their own story, and the performance of each cast member was very convincing as a result. It was an awesome piece of work.” • Christina Barruel (Cool Schools National manager and trainer, Peace Foundation)

“Short, sharp, to the point—it was easy to digest from a young person’s perspective. There was excellent delivery and opportunity for discussion after.” • Dale Ferris, Project Manager for the Respect All People (RAP) Project

“I would like to commend the cast and crew for the show. The key thing for me was the dialogue in the end, when I learned that even though the cast were depicting a character, it was based on their own stories. It was powerful, brilliant and real. These are real stories that people can relate to, even in my family. These made it more powerful—the personal stories and how they overcame their struggle. I would like to talk to the organizers to take it further than the ten schools in Auckland.” • Su’a William Sio (Labour MP for Mangere)

“The performance was very emotive. It will connect powerfully with our young people. A very authentic stimulus to further conversation.” • G. Ditchburn, Dean Waiuku College 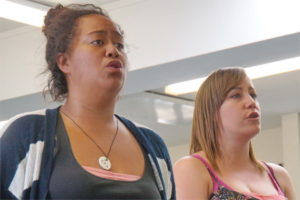 “I was suitably impressed with the extent of the work that has been done by the company. The performance at times exceeded expectations.” • Philip Woodhall-Martin, Kelston Boys High School

“Totally impressed. The honesty of the cast is what will strike the most impact with teens.” • Wendy Taylor

“I really enjoyed it. As a teacher myself, I realized I need to get to know my students’ stories.” • Ken Patten

“It was an amazing, excellent work. I learned not to bully others and to be nice to myself and others.” • 5-year-old girl

ICAP expresses its appreciation to Joycelyn Foo for contributing this article.