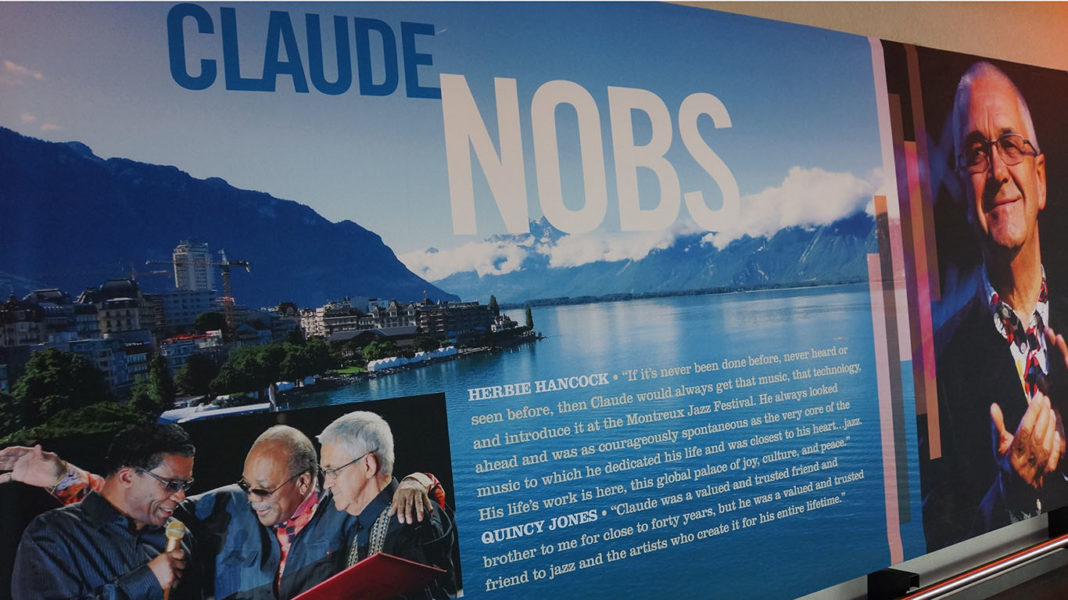 ICAP presented its latest exhibition, “Wayne Shorter and Quincy Jones—Tribute to Claude Nobs,” at Stravinski Auditorium, a high-visibility venue at the prestigious Montreux Jazz Festival. On display July 4–21, the exhibit celebrates three artists who not only made a tremendous impact on the music world but who brought people together through the power of music. This year also marks the 80th-birthday celebration for both Mr. Jones and Mr. Shorter.

Claude Nobs was the founder and, up until his death this past January, the general manager of this signature music event. At the time of the Festival founding in 1967, Mr. Nobs was working as director of the Tourism Office of Montreux. His passion for jazz and for music in general saw him through overcoming numerous obstacles on the way to building the annual event. Today, Montreux is the second largest jazz festival in the world, which attracts an audience of more than 200,000 people each year. Upon his passing, Mr. Nobs’s legacy is now in the capable hands of the next generation of festival organizers.

Mr. Nobs received ICAP’s “Humanity in the Arts” peace award in 2004, and had helped facilitate the presentation festivities for subsequent award recipients such as Quincy Jones, Betty Williams, Lang Lang and Tony Bennett, who received their medals on the Stravinski Auditorium stage. 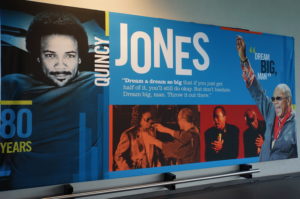 ICAP co-president Herbie Hancock says of Mr. Nobs: “If it had never been done before, never heard before, or never seen before, then Claude would always get that music, that technology, and introduce it at the Montreux Jazz Festival. He always looked ahead and was as courageously spontaneous as the very core of the music to which he dedicated his life and that was closest to his heart—jazz. His life’s work is here, this global palace of joy, culture and peace.”

Quincy Jones, an American icon of music—record producer, trumpeter, conductor, arranger, and also a television producer—received ICAP’s “Humanity in the Arts” peace award in 2008. His message of inspiration presented in the exhibition reads: “Dream a dream so big that if you just get half of it, you’ll still do OK. But don’t hesitate. Dream big, man. Throw it out there.” 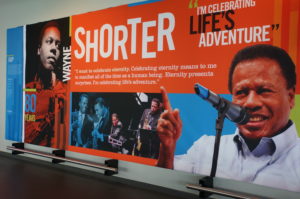 Wayne Shorter whom The New York Times described as “probably jazz’s greatest living small-group composer and a contender for greatest living improviser,” is a co-president of ICAP. The exhibition presents Mr. Shorter’s eye-popping personal perspective, which reads: “I want to celebrate eternity. Celebrating eternity means to me to manifest all of time as a human being. Eternity presents surprises. I’m celebrating life’s adventure.” 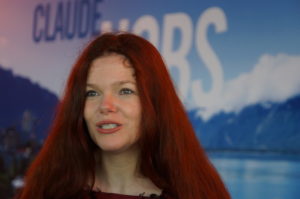 According to Stephanie-Aloysia Moretti, Montreux Jazz Foundation Manager for Cultural and Artistic Affairs: “Claude [Nobs] was very grateful to ICAP and its artists because of the ‘peace’ elements they brought in to the Festival. For the past ten years, I have also enjoyed working with ICAP as it presents a new, outstanding exhibition each year. This year’s exhibit features Claude, my boss and mentor, who was so inspirational to work with. I look forward to your next exhibition.”

“Wayne Shorter and Quincy Jones—Tribute to Claude Nobs” is the latest in a series of annual exhibitions that began in 2004, when ICAP formed a major partnership with the Montreux Jazz Festival. In addition to the exhibitions, ICAP has sponsored many workshops at the Festival on themes related to peace and culture, and continues to bestow worthy individuals with its “Humanity in the Arts” peace award.