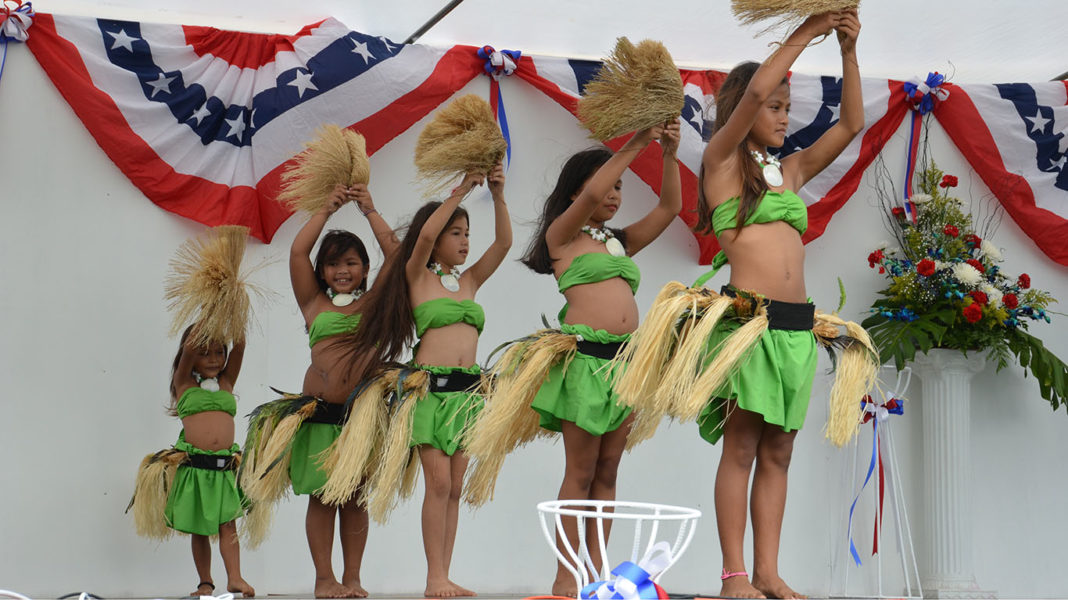 January was named ‘Guam Peace Month’. The first annual Latte Peace Festival opened at Guam’s Tamuning Park on Jan. 12 with a celebration promoting cultural exchange with neighboring islands. Located in the western Pacific, the island of Guam has withstood the horrors of war. 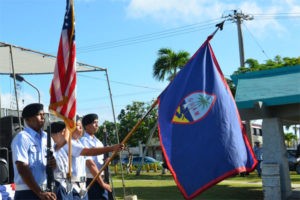 More than 1,000 citizens gathered at Tamuning Park to express their unyielding commitment to peace. The event was co-sponsored by the Mayors’ Council of Guam, the Guam Visitors Bureau, the International Committee of Artists for Peace, the Soka Gakkai International-USA, and other community partners.

In a morning program, Gov. Eddie Baza Calvo declared January 2013 “Guam Peace Month” and recognized Daisaku Ikeda, for his commitment to peace and the efforts of the Soka Gakkai International, an organization for peace, culture and education, of which Dr. Ikeda is the founding and current president.

Benjamin J.F. Cruz, vice speaker of the 32nd Guam Legislature, presented a resolution commending Dr. Ikeda and his wife, Kaneko Ikeda, for serving as “inspiring examples of how one person’s committed efforts can transform the lives of millions of people around the world, including those of us here on Guam.” 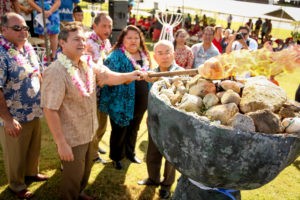 During the morning program, attendees participated in a ceremony for the unveiling of three latte stones—monoliths carved from limestone. Chamorros, the indigenous people of the Mariana Islands, which includes Guam, created lattes for use in the foundations of their ancient homes and to honor ancestors. The monoliths were illuminated during the opening festivities, and emcee Angel Sablan recounted for participants their significance to the island culture.

Following the lighting of the latte stones, a wreath was laid at the park’s Peace Monument, erected in 2010, and a flock of white doves were released.

African American Heritage Association President Jermaine Smith, the event keynote speaker, spoke of Dr. Martin Luther King Jr., whom he referred to as “one of the world’s formidable pioneers of peace, culture and education.” 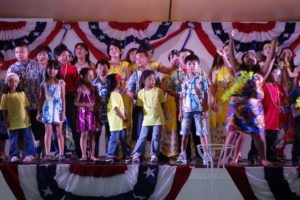 “Dr. King once said that an individual has not started living until he can rise above the narrow confines of his individualistic concerns to the broader concerns of all humanity,” Mr. Smith said.

Following the festival, Tamuning-Tumon-Harmon Mayor Louise Rivera expressed her appreciation for the Latte Peace Festival, which they plan to build upon each year. “It is because of [Dr. Ikeda and the peace organizations he has founded],” she said, “that this community came together today for the sake of peace.”