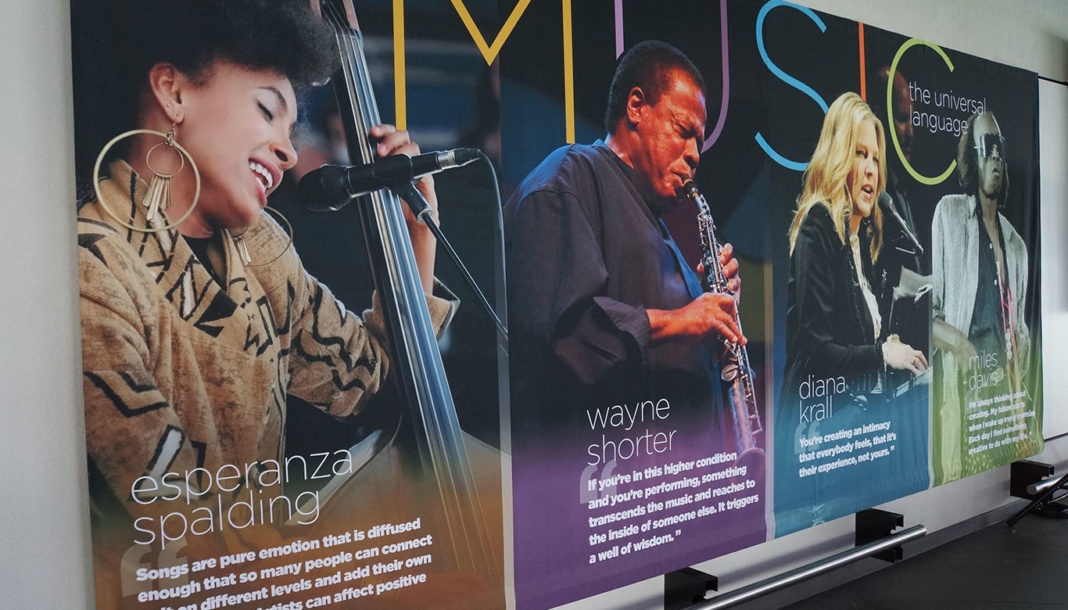 This splendid Swiss city on the northeastern shore of scenic Lake Geneva welcomes the world each July as Europe’s unofficial capital of jazz. The iconic Montreux Jazz Festival, with its broad appeal to musicians and aficionados from all corners of the globe, seems precisely the place to unveil “MUSIC – The Universal Language,” an exhibition produced by the International Committee of Artists for Peace. 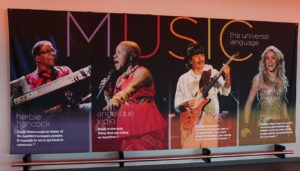 At this, the 48th edition of the MJF, the exhibition was scheduled to run until July 19 at Stravinski Auditorium, one of the Festival’s central and most visible venues.

“MUSIC – The Universal Language” is the latest in a series of annual exhibitions that began in 2004 through the efforts of multi-genre guitar virtuoso Carlos Santana, an ICAP board member, when ICAP formed a major partnership with the Montreux Jazz Festival. In addition to the exhibitions, ICAP has sponsored many workshops at the Festival on themes related to peace and culture, and continues to bestow worthy individuals with its “Humanity in the Arts” peace award. Notable recipients include Quincy Jones, Tony Bennett, Nobel Peace Prize winner Betty Williams, and Lang Lang. 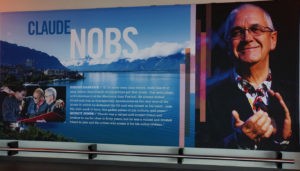 Claude Nobs, the beloved Festival founder who died in 2013, also received the “Humanity in the Arts” award. And it was under the leadership of Mr. Nobs that the Montreux Jazz Festival grew into the world’s second-largest jazz festival, attracting more than 250,000 attendees annually.

ICAP’s “MUSIC – The Universal Language” exhibition features many of the most popular artists in music today, along with their comments on the topic, including those by such luminaries as:

Herbie Hancock: “Music transcends so many of the barriers between people. It appeals to what we have in common.”

Wayne Shorter: “If you’re in this higher condition and you’re performing, something transcends the music and reaches to the inside of someone else. It triggers a well of wisdom.”

Carlos Santana: “The most valuable possession you can own is an open heart. The most powerful weapon you can be is an instrument of peace.”

Esperanza Spaulding: “Songs are pure emotion that is diffused enough that so many people can connect to it on different levels and add their own storyline to it. Artists can affect positive change on our planet.” 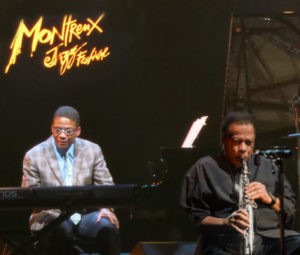 On July 18, some 4,000 festivalgoers thrilled to a jazz performance by the duo of Herbie Hancock and Wayne Shorter. Mr. Hancock and Mr. Shorter, who are both co-presidents of ICAP. Their exuberantly received concert took place in Stravinski auditorium where the exhibit was on display. According to the Montreux Jazz Chronicle, “Herbie and Wayne listened to each other, admired each other and interacted. The two musicians delivered subtle, pure jazz in a smooth, contemplative style. There weren’t too many notes. They played on themes and ideas. Complexity has never seemed so simple.”

Their musical interplay drew on various sources, including a musical quote from the Japanese tune “Dai-nanko.” According to Wayne Shorter: “Dai-nanko is a song about determination to fight together against obstacles of a general and his son. Dr. Daisaku Ikeda loves this song because it depicts the shared struggle of teacher and student. Herbie and I played a phrase of the song and took it to a different level, as an expression of our vow to develop a culture of peace together.”