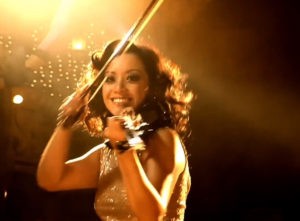 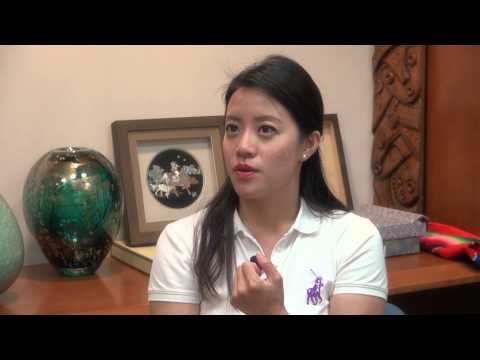 Born in Taiwan, raised in South Africa, and now making her U.S. home in Boston, Eriel Huang has already known many worlds. But today, she seems most at home in the worlds of music and of service. Winner of a South African Music Award, or SAMA (the South African equivalent of a Grammy Award), as violinist for the all-female classical crossover band, Sterling EQ, Ms. Huang departed for the States and a solo career path in August 2013.

Traveling the world is the culmination of her lifelong dream to someday become a United Nations Goodwill Ambassador (coincidentally, a title held by ICAP co-president Herbie Hancock). Along the way, there have been many victories, but also moments of challenge and even hardship. As Ms. Huang recounts: “In 1997, everything changed when my father lost his job in Johannesburg. He lost all hope, and my family soon ran out of money . . . Overnight, my mother became the household breadwinner, and my happy family atmosphere disintegrated . . . At age 10, I had suddenly became the surrogate mother, protector, and family peacekeeper. I had a younger brother to protect. However, buried under these duties was my own deep desire to be loved and cared for unconditionally. Meanwhile, my mother was begging for help from her friends to pay our school fees and my music lessons.” 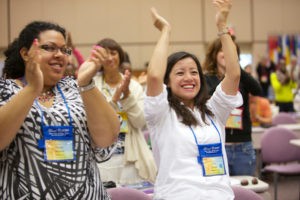 She credits her perseverance, fueled by her strong faith in Nichiren Buddhism, which she began practicing in late 2000, as the springboard to her blossoming music path. She received several scholarships as she pursued a music degree in South Africa. During this time, in which she was also traveling as a violinist, she feels she was developing both her inner character as well as her artistry. As a result of her inner drive, Ms. Huang finished a year and a half earlier than her classmates.

As the triumphs accumulated, however, so did the difficulties. “In 2007,” she recalls, “I moved to Cape Town to further my violin studies. My father suddenly left the family and moved back to Taiwan. We were all devastated.”

The next year, at a youth culture festival in Japan, Ms. Huang drew deep inspiration from the words of Daisaku Ikeda, who encouraged young people, and especially young artists, to become global citizens for the sake of peace. 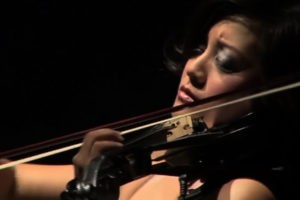 During this time period, in addition to touring as concertmaster with several ensembles, Ms. Huang performed in Europe with the South African National Youth Orchestra, and she also appeared on stage in Taiwan and China. In 2008, she became the electric violinist for Sterling EQ. Journeying with the band through hundreds of performances each year and three studio albums, she never lost her inner motivation to expand her musicianship as well as to make a difference in the world.

In May 2013, Ms. Huang found out she had been accepted into more than one of her dream schools in order to further her music studies. After settling on the Sistema Fellowship Program at New England Conservatory, she mustered up the courage to let her fellow bandmates know that she’d soon be leaving for Boston as a member of Sistema’s fifth and final class at NEC.

Eriel Huang has now graduated. She says: “I spent this past year studying about El Sistema, the 40-year-old revolutionary program dedicated to social justice through music education (with which the NEC program is affiliated). It has seen hundreds of thousands of children from the most impoverished backgrounds through orchestras and choirs, radically transforming the culture of violence in Venezuela.” 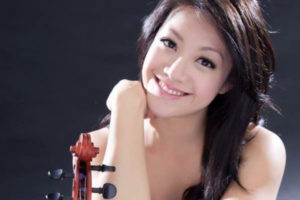 El Sistema is a nationwide organization of some 125 youth orchestras and the instructional programs in which the orchestra members undergo their development. It is dedicated to producing top-quality professional musicians, while at the same time providing a creative outlet for the economically disadvantaged. It was El Sistema, in fact, that gave the world Gustavo Dudamel, the lead conductor and music director of the world-renowned Los Angeles Philharmonic orchestra. (https://icapeace.org/index.php?option=com_k2&view=item&id=28:march-2009-humanitarian-gustavo-dudamel-makes-landmark-debut-as-music-director-of-the-los-angeles-philharmonic&Itemid=33)

In what she considers an almost mystical response to her endeavors at Sistema to develop ways to bring the healing power of arts and music to those most in need in this world—to become a global citizen of peace—Eriel Huang reports: “I recently received the invitation of a lifetime! I was invited to attend a UN working group for Youth Peace-building, specifically to share how the arts can contribute to building peace . . . I will be attending a month-long peace-building symposium at the world’s oldest university in Bologna, as one of 55 participants selected from over 800 applications, the only one with an arts background, of Buddhist faith, and from Africa.”