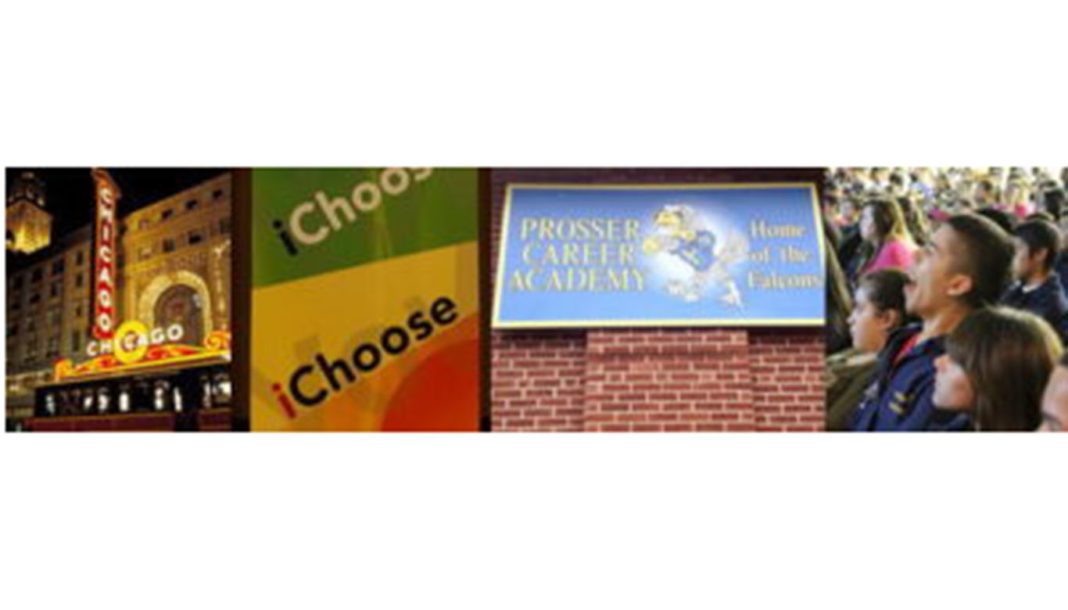 iChoose, ICAP’s innovative anti-bullying project that combines a mini-musical drama with small-group discussions to provide a vital anti-violence message to high school and middle school students debuted at Prosser Career Academy in Chicago Illinois.  During the school’s “Peace and Unity” week, the iChoose video was shown in Prosser’s auditorium in front of 1,200 students. 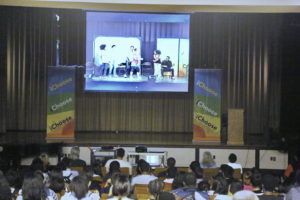 The iChoose video is a recording of the musical that toured 10 schools in New York and New Jersey in 2010.   The dual components of iChoose—an original mini-musical theater production followed by small-group dialogues with cast members and iChoose team leaders—are designed to inspire and elicit answers to the problems posed by bullying, and brign to light the lesser-spoken-of aspect known as passive violence. No matter what the provocation, a choice can always be made that circumvents violence and alters destiny’s chain of cause and effect.

The iChoose program has been recognized for its effectiveness in raising awareness of these choices and instilling in young people the confidence they need in order to employ them.  In recent years, students who have attended iChoose presentations in locations from Hawaii and Los Angeles to New York City-and, in Europe, in Norway and New Zealand-have been learning how they are the protagonists in their own life stories, and how they can write themselves a victorious ending in which they, as individuals, can make a big difference among their peers. 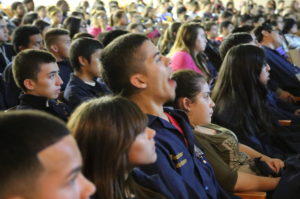 ICHOOSE was warmly received and garnered plenty of positive feedback from both students and teachers. The performance captivated the audience and kept them engaged throughout. Several students identified with certain behaviors depicted in the video and shared their own experiences.

Marcus Dunleavy, a local guitarist who was instrumental to bringing iChoose to the school said, “We were able to share the iChoose video with about 1,200 students over the course of a couple of days. (Viewing) the video spark(ed) dialogue (among the students) by opening their hearts and (allowing them to) begin the conversation with each other (about) the sources of violence. I think they became aware of the concept of passive violence. They became aware that actions such as cyber-bullying, excluding, teasing, and name-calling could be considered violence-even if in the past they didn’t think so.” 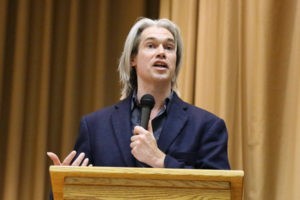 Given that this was Unity week, Marcus highlighted Daisaku Ikeda’s thoughts specifically on the Power of Connection:   “The limitless power of the individual is unleashed when we work together. This is the power of connection, the power of human solidarity. Our dreams grow and flourish when we speak them out loud, when we share them with others. To do this requires courage. We must overcome the fear that we will be misunderstood, looked down on or laughed at for putting into words the content of our hearts. The solidarity of the world’s so-called ordinary citizens holds the key to peace.”

The many comments submitted by the students and faculty members include the following:

“iChoose went very well. I wasn’t expecting that huge of a response, especially from the freshman year. They loved the video. They were clapping and screaming in parts in the middle of the video when the actual audience in the video itself was clapping. It definitely touched a lot of people. I think the students know what ‘passive violence’ is, I just don’t think that they know what the label is…they don’t know the actual term ‘passive violence.’ They are probably familiar with such things as hazing, talking bad about each other or just being ignored. Small things can build up to be truly violent. They now know.” (Rene Anaya, Sr. student) 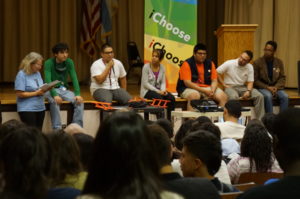 “This program is very good because (viewing the video) made it (violence) real (by)using the statistics and (we had and opportunity to) speak after(wards). I would like to recommend this to other schools. I think it’s a good program especially in my neighborhood because they have lots more issues. We can tackle one issue, then it’s easier to tackle another issue.” (Rebecca Bailey, Sr. student)

“iChoose is a good program and it’s nice that you came to our school. We got to talk to the students (during the discussion session) about what’s going on in our lives and had chance to share our experiences. iChoose was helpful and it will make students open up with others and not to be too afraid to tell (their)stories… ” (Angel Sosa, Sr. student) 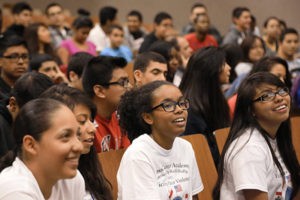 “The iChoose program was really good and really connected with me because, like I said, I have been bullied in the past…(it helped) to extend peace into the school; I feel that’s good because I do see kids get bullied every day I try to stop it myself…and delve into bringing peace into the school. I hope this message gets to everybody.” (Christopher Richter, Sr. student)

“We are thankful to ICAP for bringing iChoose to our school, the community and to the children. ICHOOSE show(s) them another way they can express themselves that’s more positive…A lot of the students are going to make different choices now”(Trevor Nicholas, Choir Director)

“I think iChoose brought some music, dancing and a little bit of a sense of humor in encompassing the class room setting. What it did was it gave the students on the screen a voice which in turn will help our students see that they have their (own) voice.”(Jeffrey Bates, Dean of Admissions)

“I really liked the iChoose program because the students were so engaged and it made them think what choices they have. I think the program was an eye-opener for them.” (Dr. Karlen Lusbourgh, Assistant Principal)

“iChoose is very important. It made them (the students) reflective about who and what they were. I think it’s a big deal.” (Kenneth Hunter, Principal) 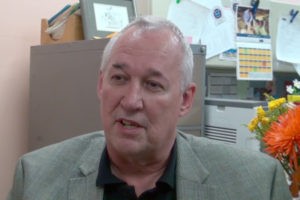 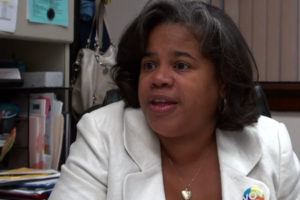